In less than five months of performing at rock clubs in and around Los Angeles, Parousia landed a gig at the Whisky a Go-Go on the world famous Sunset Strip known for its “showcase venues” (pay to play of course) where record industry professionals roamed the night like vampires, scouring clubs for the next band to prey upon. …and that is precisely why Parousia was there, making a grab for the proverbial brass ring. 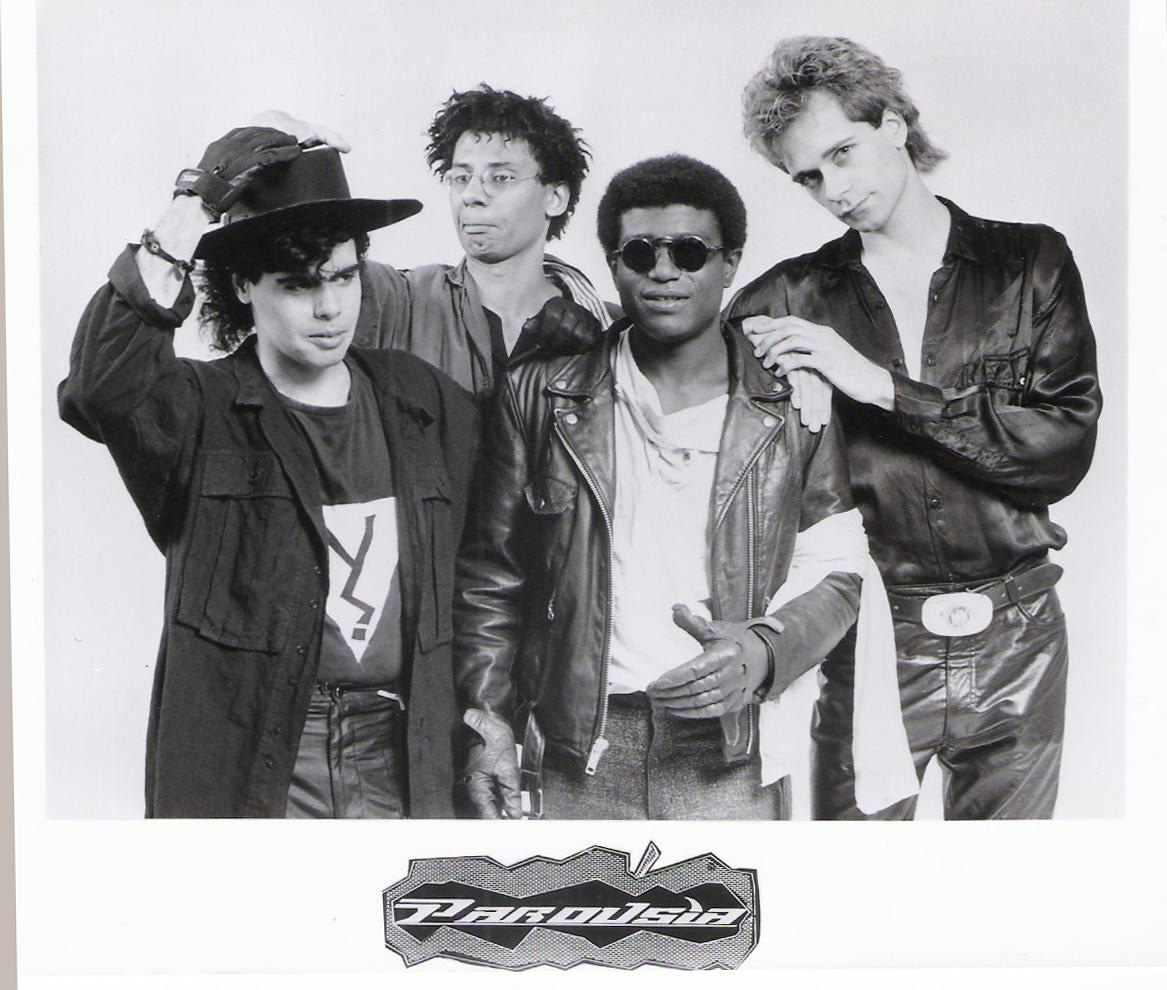 Parousia music was distinctly different to what was happening in the L.A. scene in the late 80’s early 90’s.  Most of the bands coming out were playing the “new Heavy Metal” with music similar to the Scorpions, Quiet Riot, Twisted Sister, Van Halen , LA. Guns, Guns & Roses, Motley Crew, Poison, Ratt, etc., or there were bands that were clones of the Smith’s, the Cure, Tears for Fears or Depeche Mode.

In contrast, Parousia’s music was a scrumptious layer cake of prog-based time-signatures baked with catchy rhythms and catchy melodies and then sprinkled with creative instrument solos.  The rock-flute playing of Patt Connolly was our icing on the cake.  It captured a lot of attention with the audience and made us stand-out from the pack. 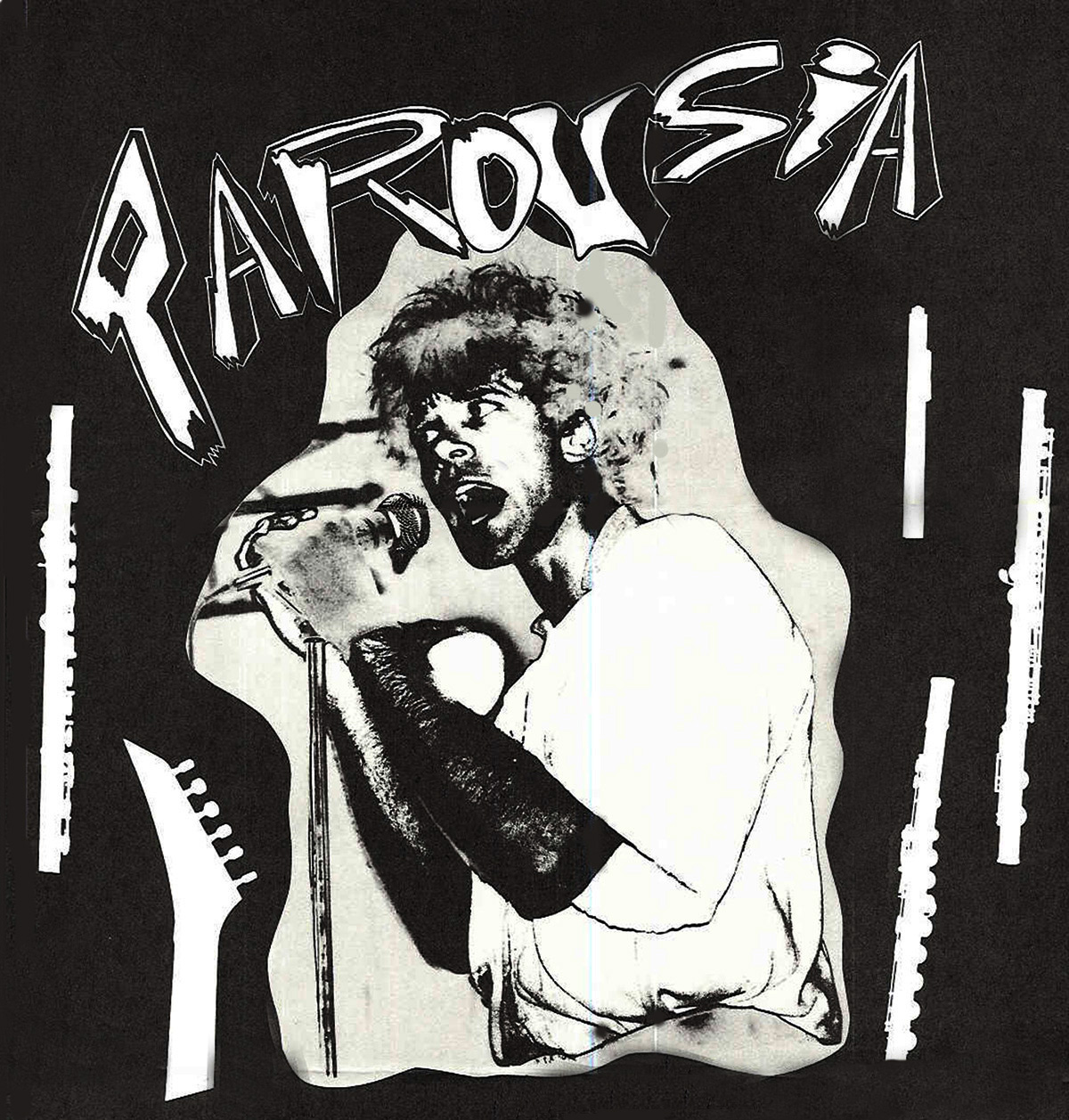 We were kind of awe-struck the first time Parousia performed at the Whisky A Go-Go (we played six times in all) given the fact that hallowing those great halls were legendary artists such as The Doors, Jefferson Airplane, Janis Joplin, Pink Floyd, the Who, The Kinks, Jimi Hendrix, The Beach Boys, Otis Redding, Johnny Rivers, Buffalo Springfield, Cream, Van Halen, Motley Crue, Guns ‘n Roses, Metallica, The Police, Nirvana, Oasis, Red Hot Chili Peppers, Elvis Costello, Smashing Pumpkins and countless other pioneering bands that made their way to southern California to be on The Whisky’s stage.

Since opening its doors for the first time in 1964, the Whisky a Go Go became a major player on the Los Angeles entertainment and nightlife scene.  The venue was originally known as a discotheque and was, fittingly enough, credited for being one of the birthplaces of Go-Go dancing. 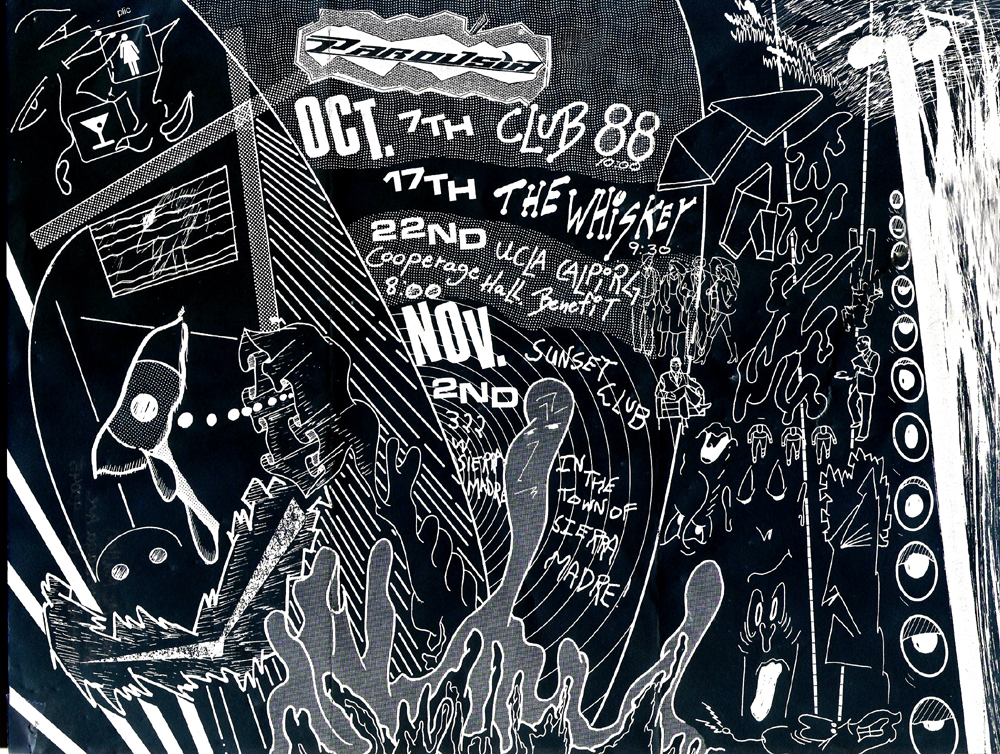 Our first show at the venerable Whisky was on a Monday, October 17, 1988.  Yes, a Monday… in the big clubs like the Whisky, they gave you one chance to prove yourself and they weren’t going to stick their neck out too far and give you a weekend.  What if you sucked dogs??  The Whisky wouldn’t risk its reputation in that way so, it was Monday or nothing.

Well, we didn’t suck, we rocked!  We let loose with all of our best energy that night.  We played a solid set of our best songs including, “Life is the Real”, “The Weekend Starts Tonight”, “Tiffany”, “Rock Bottom”, “Turnaround” and “People’s Court”. 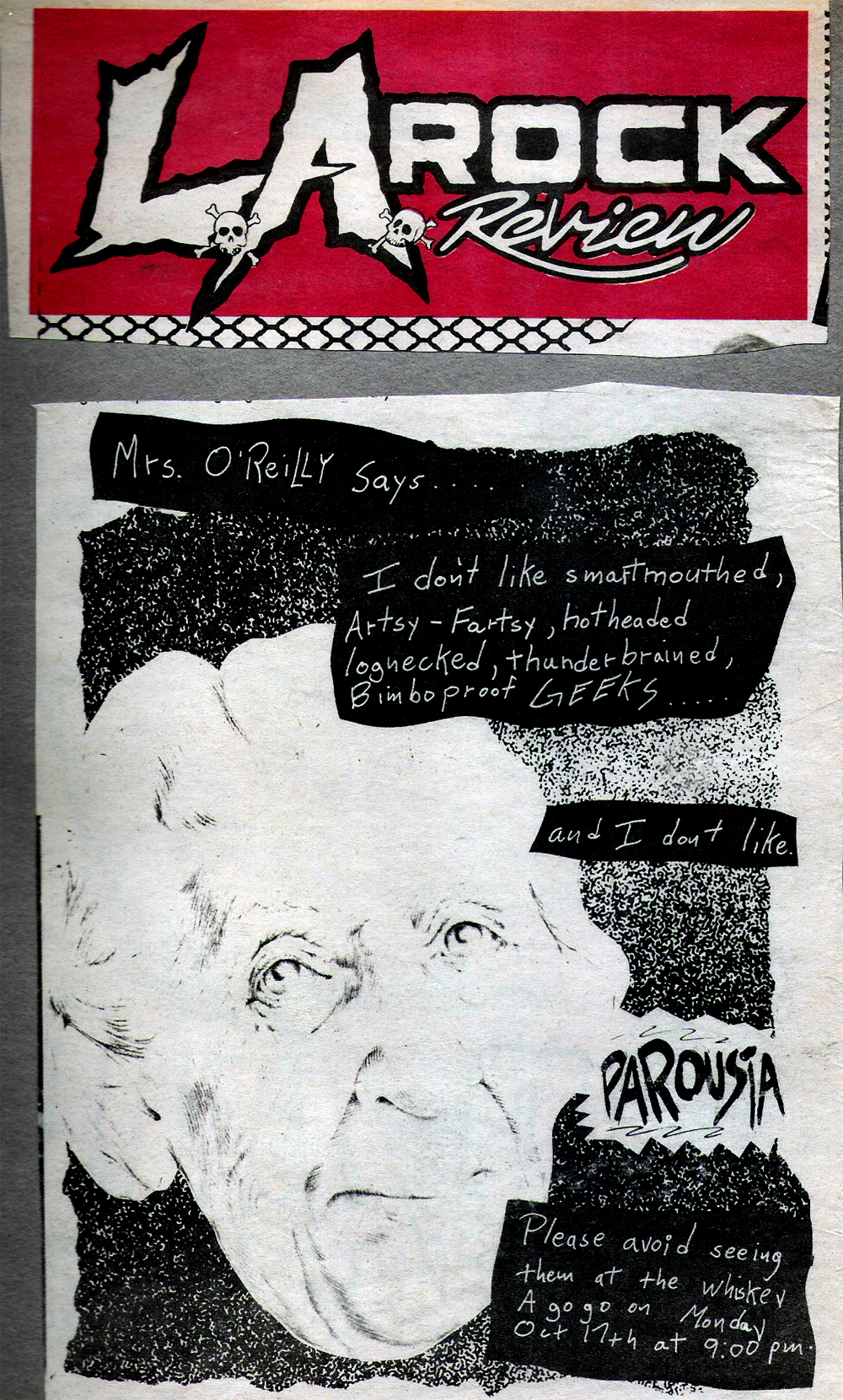 At that time, the band consisted of Patt Connolly, vocals, keyboards and flute; Robert Lowden, guitars and vocals; Bill (Frank) Simms, keyboards and bass and Gerry North Cannizzaro, drums and electronic percussion.  Many of our friends from L.A. were there and it was the kind of exciting night where you could feel the electricity in the air.

We mingled with the crowd as they came in through the door.  When it came time to get ready, the changing rooms were upstairs above the stage and you had to have a special pass to get up in there (to be paid before the show by each band member using it).  Security guards kept the riff-raff out, but we got in there anyway!

I remember that after the show, Bill turned to me and said “I played a perfect set, not one mistake… that’s because before the show I meditated on the phrase, ‘I will not fuck up’ over and over again”.  Maybe true, I thought… or maybe Bill was just insane… but at the end of the day, which it was by the way, we were asked to do an encore by our fans and that was really cool. 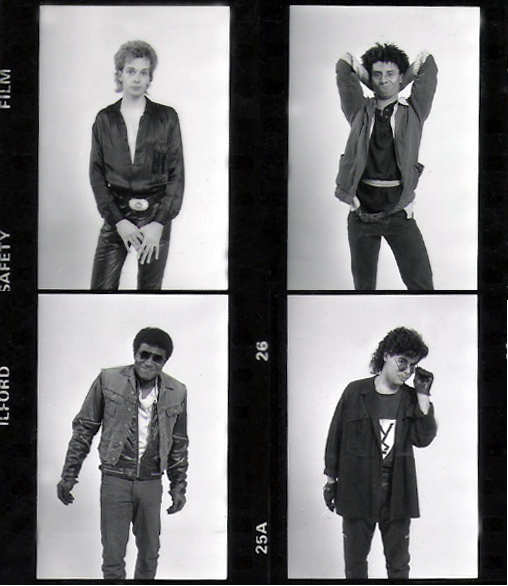 All in all The Whisky A Go Go was the top of the heap back in the day, with a glow surrounding it after being the center of the rock universe in the 1960s and 1970’s.  Kim Fowley helped punk rock make its appearance here with his sponsored nights that were open to a wider range of bands.

Although not nearly as glamorous as it once was, the club is still around today.  Here’s a look back at the Whisky and some of its most glamorous moments: 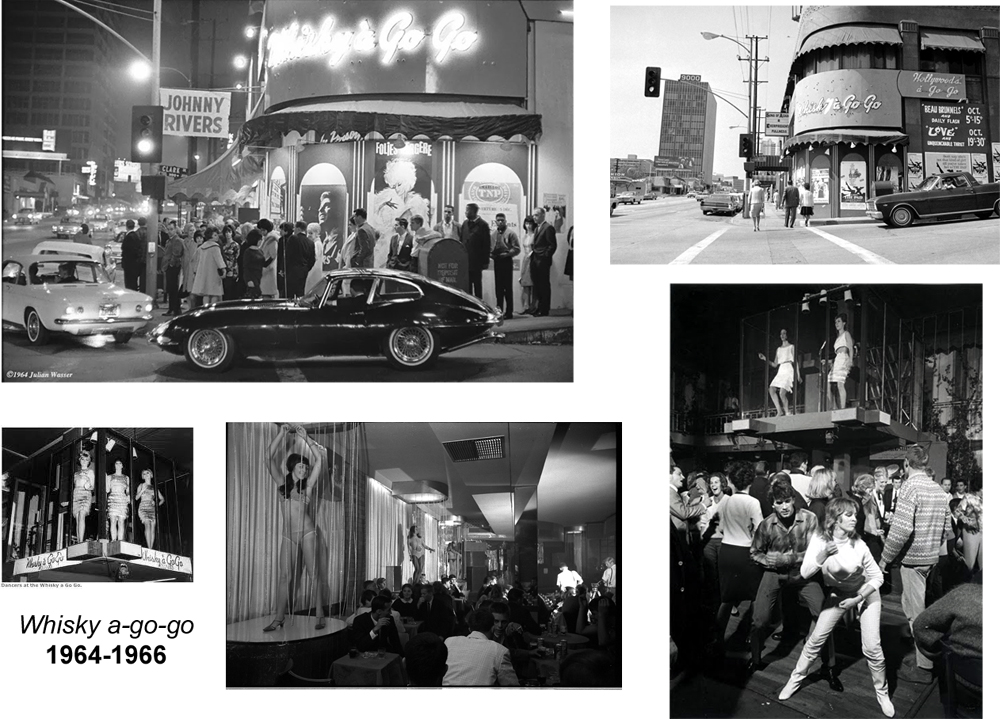 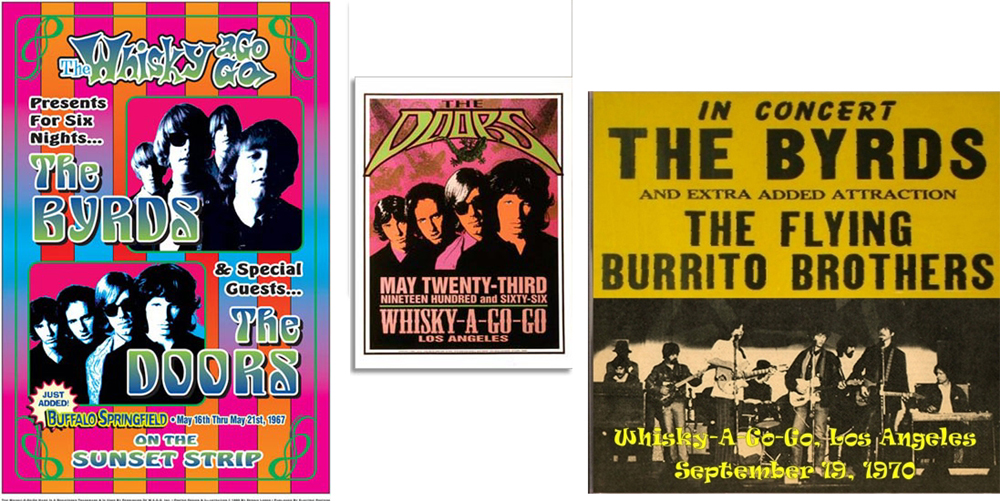 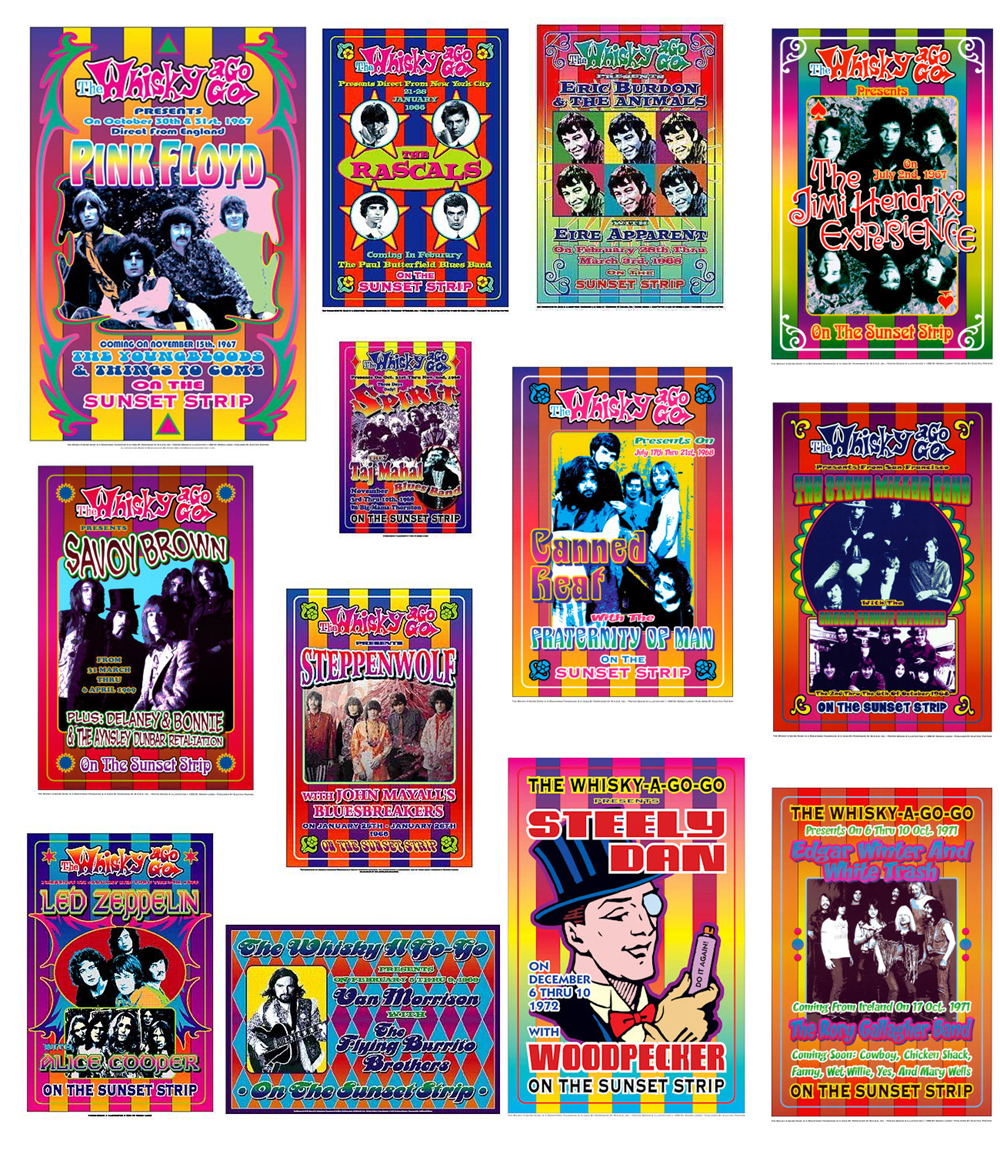 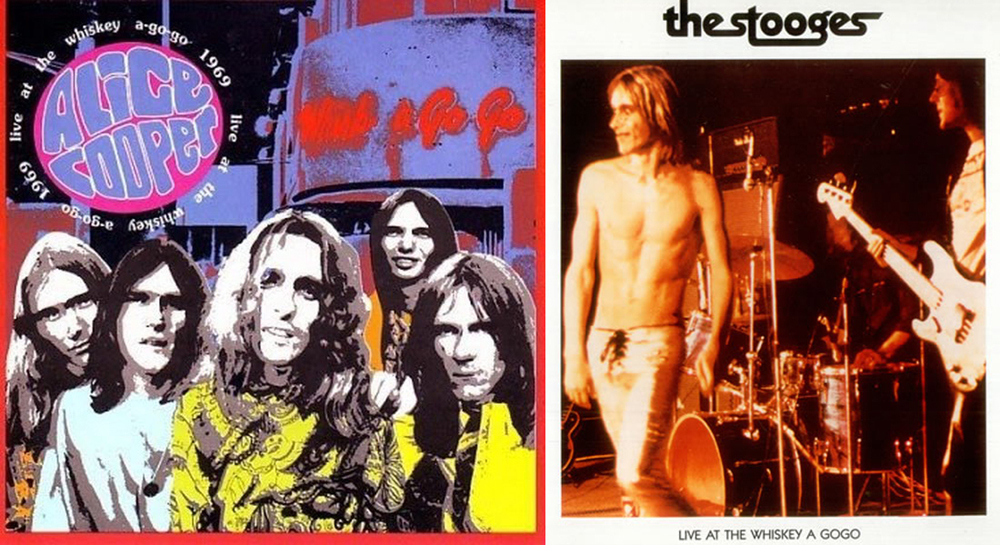 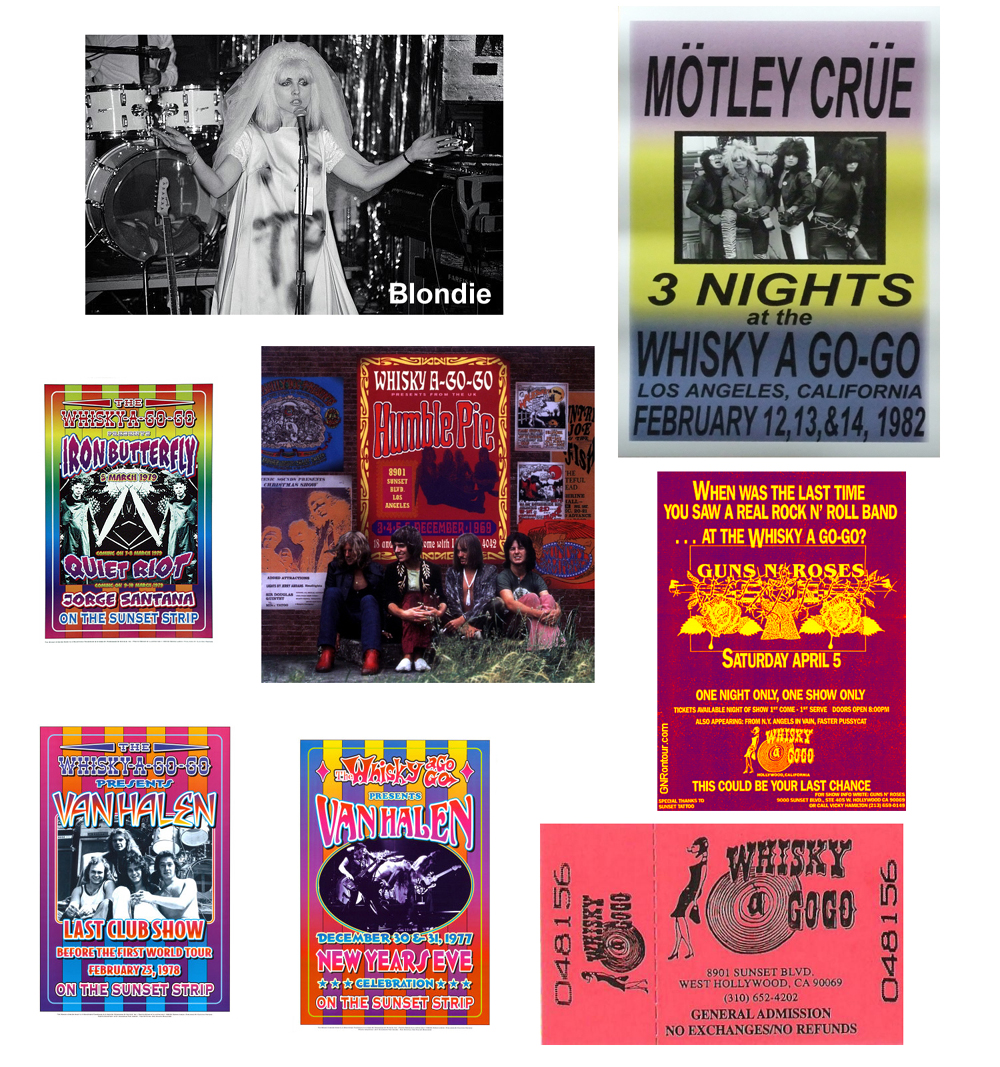 Here is another link about the history of the Whisky. http://subrealities.waiting-forthe-sun.net/Pages/PhantasticLA/whisky_history.html 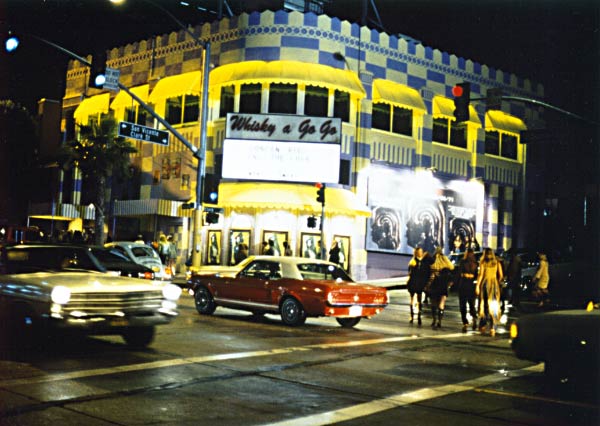 Elmer Valentine, founder of the legendary Whisky A Go Go and The Roxy Theatre venues on the Sunset Strip, has died aged 85.

Elmer Valentine co-founded the Whisky A Go Go in 1963 with peers Phil Tanzini, Shelly Davis and Theodore Flier. The Whisky was opened in 1964 and it then came to play a vital role for many US bands at the time.

Some people argue that the rock and roll scene in Los Angeles was born when the Whisky opened. From rock to punk to heavy metal the club opened the doors to many new musical trends.

Amongst the artists that were regular performers at the Whisky were Alice Cooper, The Byrds and Buffalo Springfield. The Doors were even the house band for a while… Until they were fired.

The venue has suffered from a poor relationship with the authorities, yet despite this its popularity has continued to stay prominent, with bands such as Nirvana and Oasis performing there.  After The Police re-united in early 2007 they held a live web-cast of a rehearsal at the Whisky A Go Go.

Elmer also ran The Roxy Theatre, which was opened in 1973. Hundreds of successful musicians have played there including Bruce Springsteen, David Bowie and Bob Marley. The venue has been famed for its On The Rox bar above the club, which has been favorite hangout spots for Alice Cooper, John Lennon and Keith Moon.

Elmer Valentine died on December the 3rd from heart failure.