Here are six (6) video clips recorded in 1979 when Parousia rented an awesome rehearsal space in a giant brick industrial building on Rano Street in Black Rock. 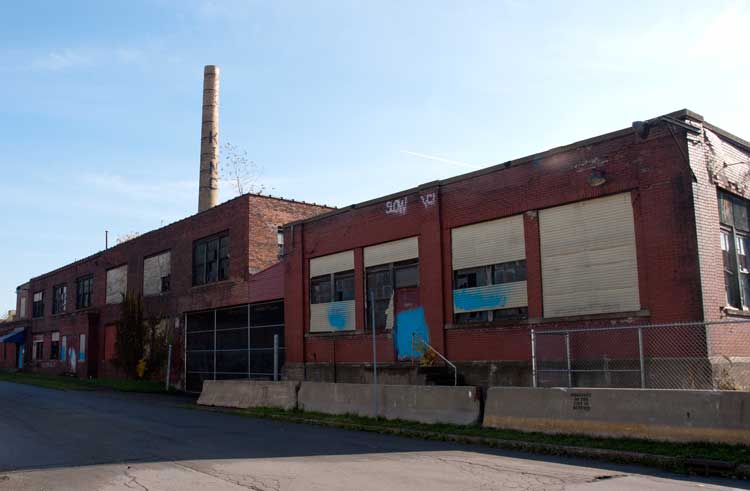 Part of the enormous King complex bldg. on Rano St. in Black Rock showing the KING name on the smokestack

Our studio was located upstairs in a big warehouse that had several empty rooms where local bands practiced their music.  Some of the other groups in this rehearsal warehouse were The Scooters, the Vores and Pauline and the Perils.  It was very dirty and blue collar, a perfect breeding ground for Buffalo’s punk rock scene.

I remember looking out the Windows, peering down on the street and watching the neighborhood kids gathering on bikes to listen to us. 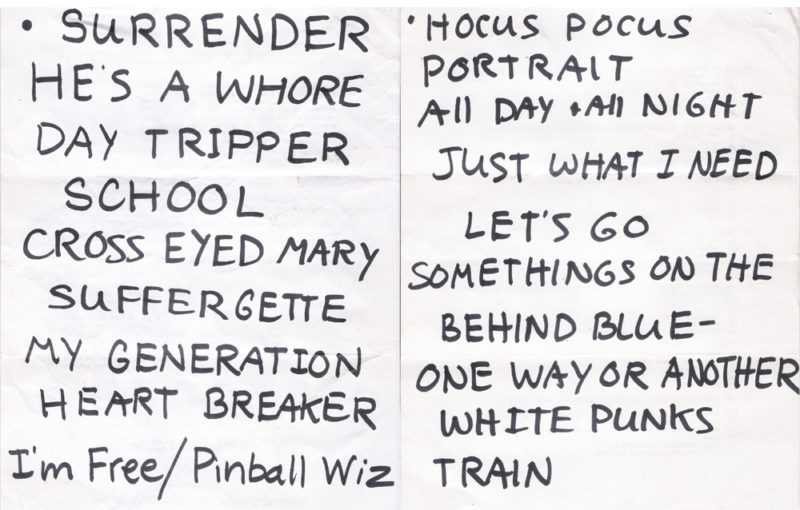 This was Parousia’s first ever video shoot courtesy of Gregg Filippone. Here’s a slideshow of the band from Gregg’s 1st generation cutting edge tube-camera video recording technology (hey, it was 1979.)

The videos were shot on this Portable Sony 1/2″ B&W Open Reel Mono VTR – the AV 3420 CE, on loan from Buff State University, courtesy of Gregg Filippone – hence the awesome quality! 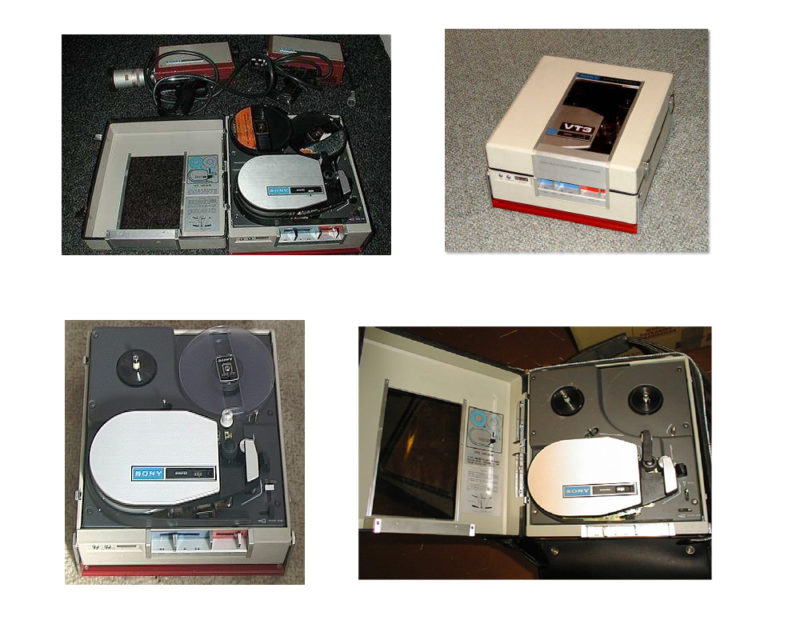 HISTORY OF THE KING FACTORY COMPLEX BLDG. ON RANO STREET IN BLACK ROCK:

The King complex on Rano Street became the King Quality Products in 1924.  It sold radios through Sears, Roebuck under the “Silvertone” name.  King acquired the Neutrodyne license of another company and marketed radios under its own name.  The company underwent several name changes: King-Hinners Radio (1926); King-Buffalo (1927); and King Manufacturing Company (1927-30).  In 1925-26, the company made 35,000 radio sets in addition to 15,000 for Sears, Roebuck.

King Manufacturing in Buffalo apparently overproduced in 1929, losing money.  Sears sold its interest in the company to the Colonial Radio Company in October, 1930, which moved from its locations in Rochester and Long Island City.  This company was to become Sears, Roebuck’s chief supplier of radios in the 1930s. 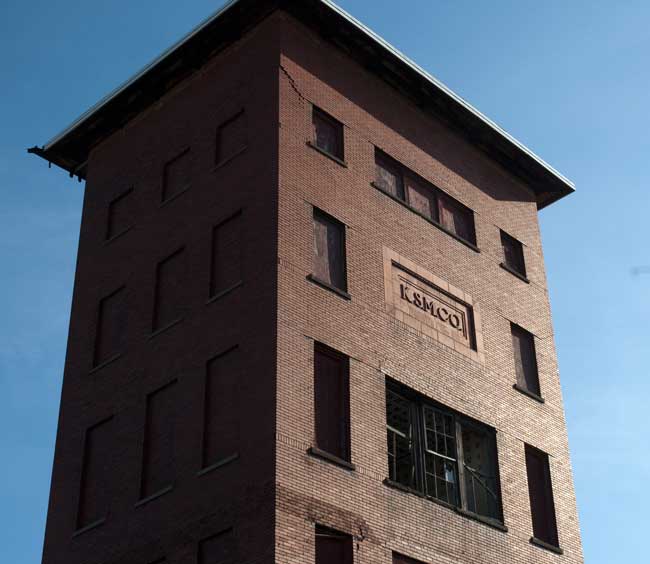 Tower of the King complex, 2012, with the King Sewing Machine Co. name in terra cotta.

The Colonial Radio Company moved into the capacious former King Radio Company complex in 1931.  It employed 855 workers and sold radios under its own name as well as to Sears, Graybar Electric, Firestone, Goodyear, General Motors, Chrysler and Dunlop.  Production in 1930 was 40,000 units; in 1934, 150,600 units.  In 1940, with 1,762 employees, 631,000 radio receivers were produced in the Rano Street plant.  Products included “midget” radios, console radios, combination radio-phonographs, and automobile radios.

In 1940, Colonial acquired its first military contract.  By 1942, it had dropped its production of civilian radio sets and devoted 100% of its production capacity to military products for World War II.  Its first products were long range airborne transmitters, (TA-2, TA-6, TA-12), which were installed in British Lancaster and Halifax bombers.  Next it produced radio sets (SCR-274, SCR-522) that were installed in every fighter, bomber, and trainer.

During the last 14 months of World War II, 500 employees of Colonial were sworn to secrecy and assigned to work on a radio proximity fuse, a device affixed to anti-aircraft and field artillery shells that would automatically detonate the shell when it came within 70 feet of the target.  This allowed the anti-aircraft shell to fatally disable an airplane without a direct hit, and the artillery shells had a more lethal effect on enemy ground troops than a more focused explosion.  It succeeded in stopping Kamikaze raiders in the Pacific, stopped the buzz-bomb attacks over England during the summer of 1944, and turned back German General Van Runstedt’s attack at the Battle of the Bulge.

In 1944, the Sylvania Electric Products Company purchased the Rano Street Colonial Radio complex.  In 1948, the plant was re-organized and retooled for production of radios and the first television sets for Sears, Roebuck.  In 1949, televisions were produced under the Sylvania label.  The Rano Street plant was named headquarters of Sylvania’s Radio and Television Division. 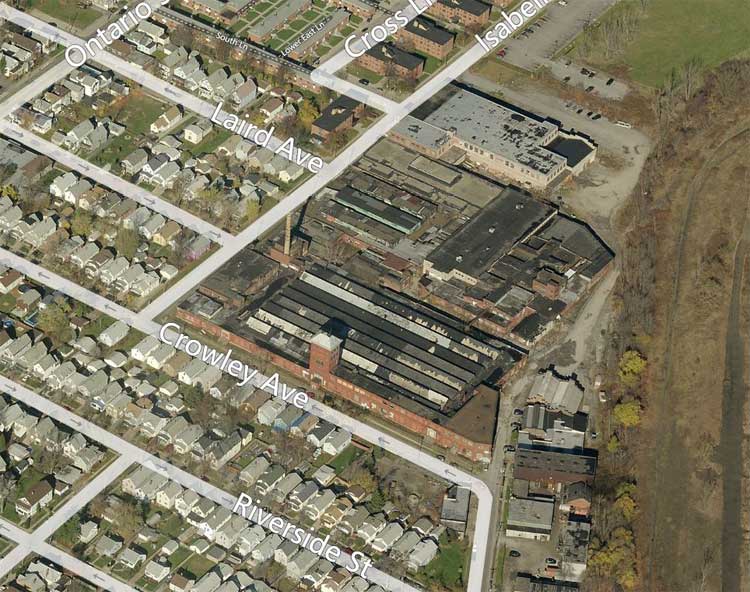 Sylvania, merging with GTE in 1959, would remain a large employer in Western New York for another 30 years, primarily through military contracts.  In 1963, there were 700 employed at 175 Great Arrow in 208,000 square feet; 600 worked in laboratories at Wehrle and Cayuga in Amherst; 200 worked at 2777 Walden Avenue near Dick Road.  Of the 1963 local college graduates, Sylvania hired 160.  These locations benefited from contracts from all branches of the military, from radios, walkie-talkies, navigation and instrumentation, microwave communications research, electronic countermeasures research, and ground control electronics for the Minuteman Intercontinental Ballistic Missile.  By 1974, contracts for the Minuteman project alone had totaled $71 million dollars and required 1,000 workers.