Here’s a few audio tracks from our first ever performance in a rock club as Green Slime (aka- Genocide; aka- in-between Parousia) July 19, 1978 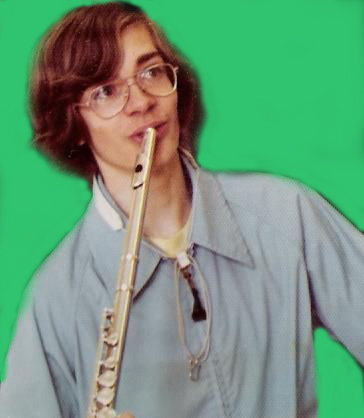 Believe it or not this is Parousia disguised as the punk band “Green Slime”!  Here’s how it all came to be…

In the spring of 1978 the line up of Parousia consisted of Patt Connolly on vocals and flute, Sharon Pierce on vocals and percussion, Barry Cannizzaro on Guitar, John McGovern on lead Guitar, Billy Simms on bass guitar and Steve Soos on keyboards.  Most of us were really itching to perform at an actual night club for the first time.  Not that we didn’t enjoy performing at schools, weddings, parks and cultural centers, we just wanted to get out there with the “big boys” like Pegasus, Spyro Gyra, Cock Robin, Talas, Weekend, and the Road.

But John McGovern, didn’t feel that way.  He didn’t think we were good enough to perform at the same clubs as those bands.  John worked on the road crew for Pegasus and often looked at our band in comparison; John knew Parousia didn’t match up and refused to be seen playing a gig at McVan’s. 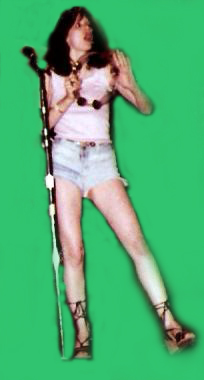 Ignoring John’s feelings, the rest of the band forged ahead and booked our very first club gig ever at McVan’s, scheduled to appear on July 19th, 1978.  When we told John that we booked the McVan’s gig, he promptly quit the band and my brother Barry immediately advanced to the position of lead guitarist.  To make things worse, our keyboardist Steve Soos took John’s sudden departure as an opportunity to also leave the band.

Fortunately, Patt knew a jazz pianist/keyboardist living in Riverside named Dave Maltbie, who reluctantly agreed to join the band, and did it mostly out of his friendship with Patt.  The band began rehearsing furiously down in the basement at Billy Simms’ house on Depew Ave in Buffalo. While the band worked on putting together new songs to perform, at the same time we auditioned for a new lead guitarist.

Some pretty interesting characters showed up, like a guy who wanted us to be a “make-up band” like Kiss.  We really didn’t want to go that route… not unless it was a last resort.  After a few more auditions, we realized there was no way to find the right lead guitarist in time to learn all the songs needed to play the McVan’s gig in July. So, we decided that we would have to make it work with what we had. 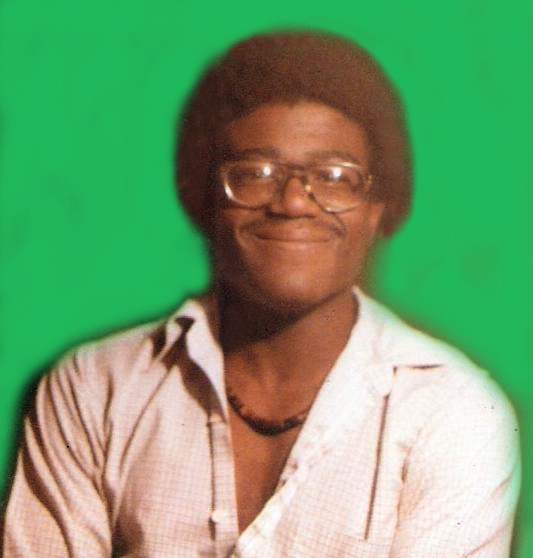 The band learned new songs for Sharon Pierce to sing, songs by Fleetwood Mac, Heart and Blondie. Slowly, we began to pull together what we hoped to be a fun and bizarre performance inclusive of original tunes, cover songs, outrageous on-stage antics, weird props and costuming.

We decided that Green Slime was just going to ‘go for it‘ and try to do all the crazy things we couldn’t do with ‘conservative John McGovern’ in the band.  Now free from those restraints, the band was determined to make this show a blow-out rock-extravaganza!

With the content part of the show decided, we had to work on a new name… none of us wanted to perform using the name ‘Parousia’ and decided instead to perform under an assumed name to fulfill our July commitment at McVan’s and then reserve the Parousia name for when we put a bigger ‘better’ band back together.

We called McVan’s to finalize the gig, spoke to Joe Terose and told him we wanted our band name to appear in the paper as “Genocide”.  He refused; he said that was a negative name and reminded him of the holocaust.

So we all thought about it then came up with something more comical and less dark… “Green Slime”.  Joe Terose wasn’t crazy about that name either, but that’s what he ended-up printing in the Buffalo Evening News.

To commemorate the band’s new name, Pat and I wrote a new original song called “the Bloobs” as sort of a ‘Green Slime anthem song’.  We invited everyone we knew and pulled-in a large crowd of family, friends and well-wishers on a Wednesday night at McVan’s which was nothing short of a miracle. 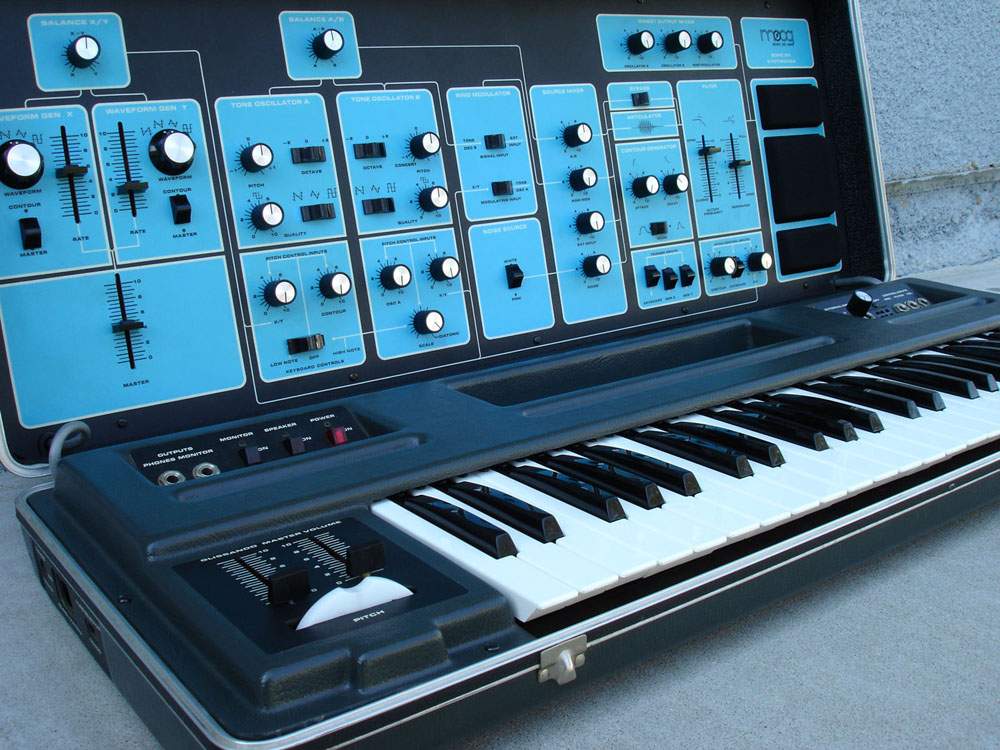 Green Slime started the show with a cover of “I’m Free” by The WHO. It began with light picking on the guitar while Patt slowly appeared on stage as a crippled old-man walking with a cane, dressed in a large overcoat (made with painted paper mache plastered over a chicken-wire frame, looking more like a mountain than an overcoat). Then suddenly, Patt burst-out of the coat in time with the beat of the song as he shouted “I’M FREE!”  and then began running all over the stage like a mad man. The crowd was… confused and we were on our way!

During the band’s cover of Fleetwood Mac’s “Dreams” it began with Sharon Pierce singing the song nicely and exactly the way it sounds on the recording, but half-way through the band tripled the speed of the beat and then Patt took over the vocals, singing a punk-rock version of ‘Dreams’ that ended with Patt running through the audience shouting “YOU SUCK” in the face of various alarmed and angered patrons.

Worthy of note, this show birthed an original song that followed, no stalked the band throughout it’s career. That song is “I LIKE PEOPLE“.  Over ensuing years, no matter how much the band progressed, (incorporating various progressive,alternative, contemporary sounds and textures into the music) our fans invariably and loudly demanded the band play this old “punk” style Parousia classic whenever we played in Buffalo NY…

For one night ‘Green Slime’ gave people a show of a life-time, but the world wasn’t quite ready for us and when it was all over, most of the family and friends who came to the Green Slime show never came to any of our shows ever again, including all of the years we preformed as the band Parousia.

This success of this production lies with the road crew, Lenny Krucenski, a long-time lighting tech, and John McGovern as sound engineer.  Green Slime lasted for one show only and looking back i think the band did it to prove that we were ready to play the local club scene and ready to entertain an audience (or at least entertain ourselves while trying to entertain an audience).  After all, why do it, if it’s not fun, right?

With the ‘Green-Slime show’ behind us, the band searched relentlessly for a lead-guitarist and then unexpectedly, found ourselves looking for a new bass-guitarist as well.  Billy Simms decided to quit the group and join another band with his friend Paul Mitchell. (Note: Billy would re-join Parousia 7-years later as the band’s keyboard player).

As fate would have it, Bob Lowden was back in town and heard that Parousia was looking for a bass-player.  He asked if we needed a guitarist too because he knew this guy Garth who he thought was amazing.  So right there on the phone Garth auditioned, he performed the entire song “Stairway to Heaven” by Led Zeppelin note-for-note.  It blew my mind and I couldn’t wait to rehearse with the new band

Once Bob and Garth joined the group, Parousia had the right talent to be a full-flavored rock-band with the potential to play the local club circuit alongside the well known and established rock bands in town.

4 comments for “The Green Slime Show: Incognito Parousia In Transition”