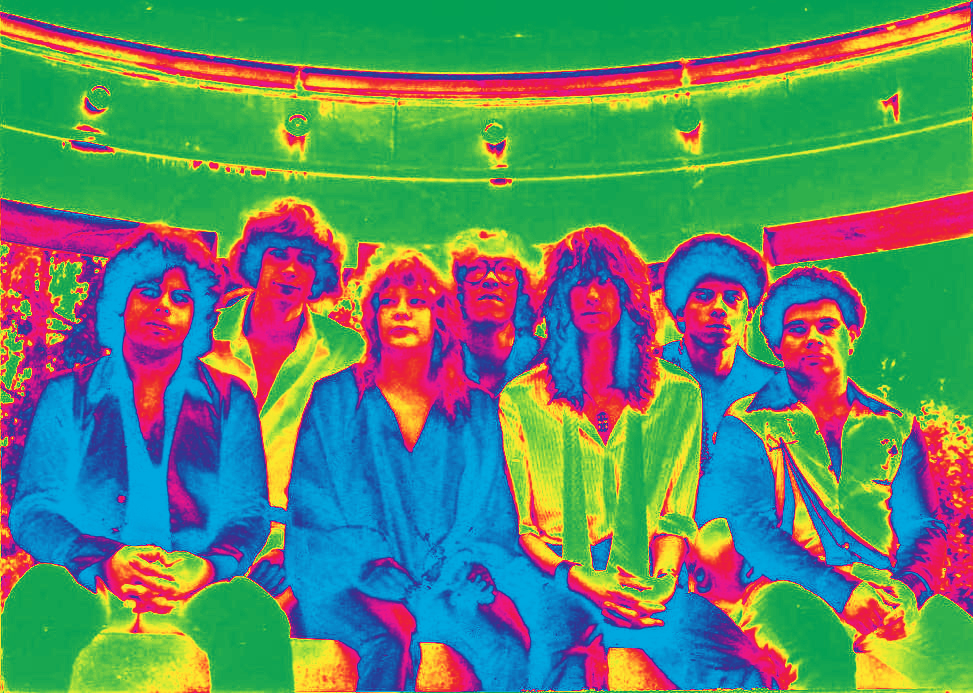 It was Parousia’s second gig at the Holland Willows and unfortunately (due to circumstances some-what within our control), earned the distinguished title of “Nightmare Gig” in the annuals of band history. Here’s a retelling by Gerry Cannizzaro, witness, victim and humble drummer…

On the way home, I had to drive Barry’s car back to Buffalo from Holland.  I didn’t have a driver’s license or a learner’s permit.  If I didn’t drive the car, Patt and I ran the risk of Barry nodding-off on the way home. He was a heavy sleeper and if one of us didn’t catch him in time, Barry would have unwittingly driven us all into a snow bank or a tree and kill us (or worse).

When I departed the Holland Willows in the wee hours of the morning (@ 3:45 am), I was driving.  I had just left the club parking lot and pulled up to an intersection at Savage Road. One left-turn onto N. Protection would take us to S. Main Street and then onto Route-16 headed back to the Music Mall, our rehearsal studio in Cheektowaga. 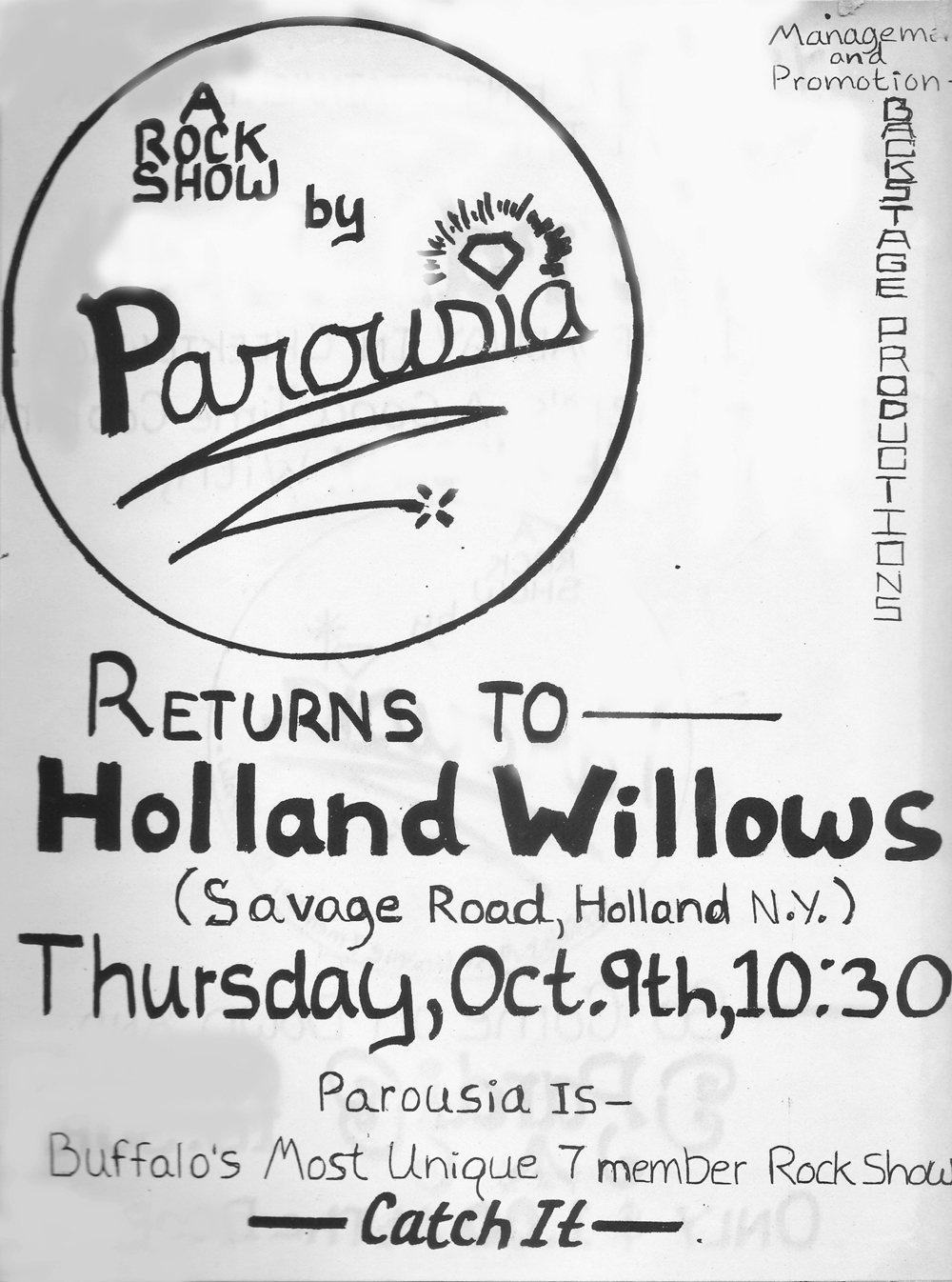 I slowed at the intersection but didn’t see the stop-sign at N. Protection and Savage.  I didn’t stop and as I began to make my left, I was immediately pulled over by a Holland Police squad car (waiting on the side of the road like a spider in a web ready to ensnare intoxicated patrons leaving the bar).

This particular cop was a real asshole, mind you he had good reason to cite me, especially when he found out that I didn’t have a driver’s license… but he went out of his way to treat us horribly. None of us in the car ‘did drugs’ (except for caffeine)… we were all clean kids… no alcohol either because Barry, Patt and I had too much to do (from dawn to dusk to dawn), who had time to drink..?

BUT, we did play in a very loud rock band… AND we were seen leaving a rowdy bar at 4:30 am and so I guess; the cop had already made up his mind about us.

We were given two traffic tickets and a summons to appear in court.  The worst part of it; the cop refused to let Barry drive his car home. Barry had a valid license but his vehicle registration was out of date.  The cop forced all of us to get out of the car (equipment and all) and then left us there…stranded on a frozen winter road in Holland NY; 30 miles from home… we were out in the middle of no where… the bar was closed.

There were no cell phones back then. Our band mates had already departed ahead of us in their own vehicles and they were no where in sight… we were screwed!    When I told the cop, “You just can’t abandon us out here!” he said “Oh yes I can.”  I said back, “You wouldn’t leave your own kids stranded out here”, he said, “My kids wouldn’t be playing in a rock band!” 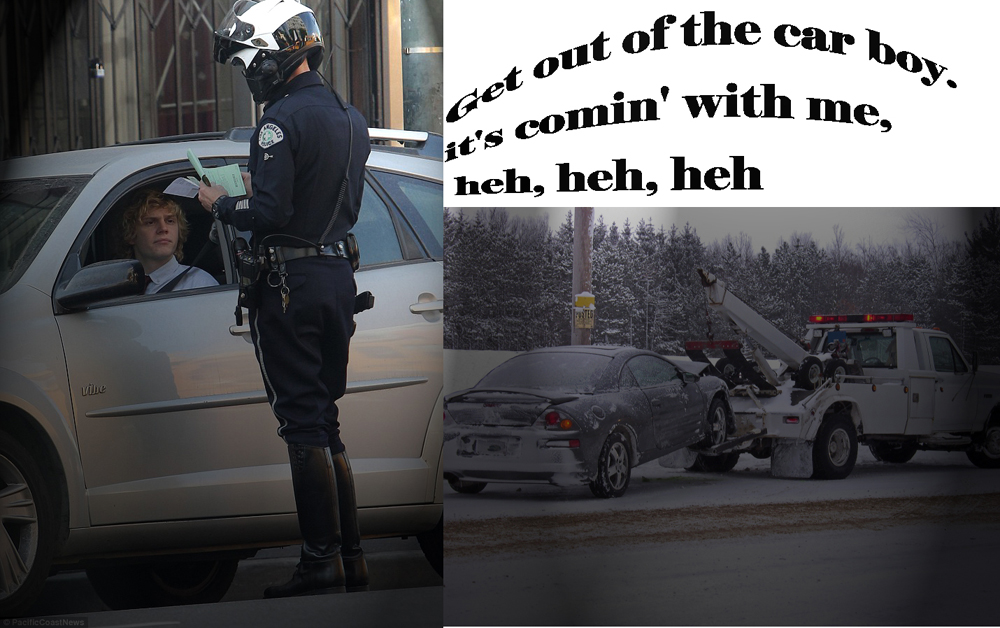 Unknown to us, Gregg was not far up the road parked in his jeep waiting out of sight.  Greg came back to get us when the cop departed the scene. Patt, Barry and I got a ride back to the Music Mall crammed into Gregg’s car with Robert and a crap-load of equipment.

The worst was not over.  Upon our return to the Music Mall, while unloading the equipment from the truck, I saw Barry hanging out on the loading-dock at the top of a stairway near the back of the truck. He was talking to Keith Gregor about the bands experience in Holland.

As Barry descended the stairway, Dave Styn started-up the truck with the intent to move it forward and away from the stairs and loading dock.  Instead, the truck rolled backwards and smashed Barry’s foot in between the back bumper and the top step.  I will never forget my brother’s screams, “Get that [email protected]#$% truck off of my foot!”

Garth rushed Barry to the Hospital, (Patt, Robert, Dave Styn and I rode along)… We almost got pulled over again as Garth sped through blinking red traffic lights at 4:30 am, but the cop following us eventually figured out that we were headed to the Emergency room and turned away as we pulled into the parking lot.

The hospital determined that Barry’s foot was broken in two places. Barry played the next couple of gigs with his foot wrapped in a cast. What a trooper! 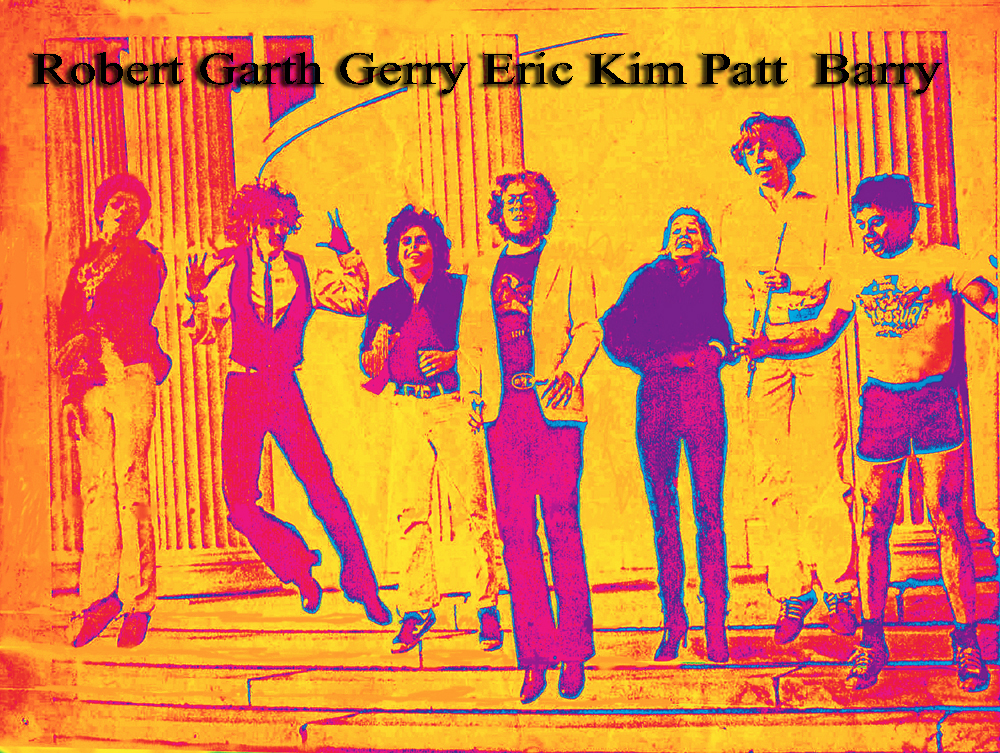 This was not-nearly the end of a very busy week for Parousia that began back on Wednesday, October 8th where we performed at the Pardi Bar in Cheektowaga and then it was all down hill from there… Notwithstanding the Holland Willows gig on Thursday, we rested on Friday October 10th and then on Saturday the 11th we had a first-time gig at a club called the South Towner in Orchard Park… that gig was so fraught with problems it earned the title “Nightmare Gig#2”. You can read about that one here: https://parousiabuff.com/shows/4500

2 comments for “Welcome To My Nightmare At The Holland Willows, Thursday October 9, 1980”