Following our successful show at the Bill’s Lair Halloween party, the club owner booked us for an encore gig; an after Christmas show on Saturday December 27th for $275.00!  Lot’s of folks came out to hear a live band on a holiday weekend. The crowd’s appreciation for Parousia’s music made Bill’s Lair a particularly fun club to perform in, especially at holiday time.

The band’s spirits ran high after tonight’s show (at decent pay I might add) yet we had no idea that in less than 24-hours that good-feeling would be smashed all to hell by a sneaky trick perpetrated by a former member of our road crew, we shall hereto refer to former road-crew member only as ‘Leni’. Leni was Parousia’s lighting and pyrotechnics guy as far back as 1977.  Leni was once a senior member of our road crew but at the time we played this gig at Bill’s Lair in December 1980, Leni hadn’t worked for Parousia for over a year. Leni & Parousia parted ways after the D’Youville College gig in November ,1979.  The day after that show, we received an angry call from D’Youville student counsel accusing the band of stealing two PAR lights hanging from the ceiling in the PVR room where Parousia had performed the night before… Coincidentally, Leni had his lights and rig set-up alongside the D’Youville house lights.

We asked Leni if he had them, asking if he might have mistaken the D’Youville lights for his own lights… Leni denied knowing anything about it and insisted the lights were not in his possession.   It wasn’t until D’Youville threatened Parousia with legal action (and in turn we threatened Leni) that he finally admitted to having one of the two missing lights and returned it.  Leni’s excuse…he accidentally took the lights thinking they were part of his lighting equipment. But we didn’t believe him and we parted ways after that. 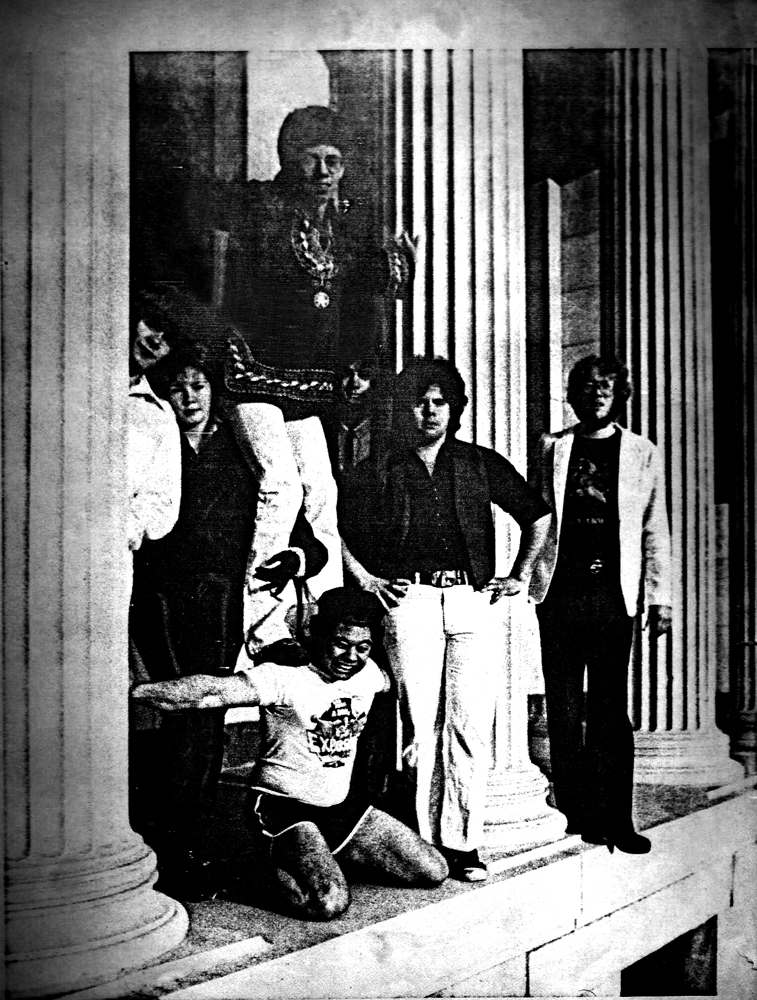 Fast forward to the end of the Bill’s Lair show December 27, 1980. At the end of the night the band along with the road crew, broke down and loaded the equipment into the rental-truck for a very long drive from Gowanda, NY back to the band’s rehearsal studio (the Music Mall) in Cheektowaga, NY.  By the time all the gear was safely stored away in the studio and the rental truck was returned for the night, it was about 4:00 am.  Each of us headed home to bed, to snuggle with dreams of power amps and bass scoops until later that evening when the band would assemble once again for Sunday night rehearsal at the Music Mall. 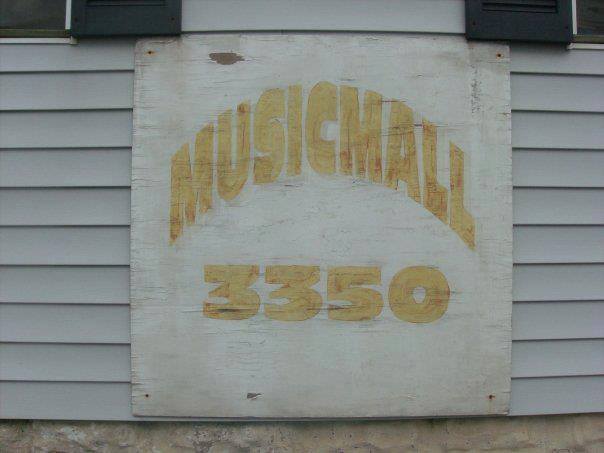 It was about 8:00 pm, the band entered our studio at the Music Mall and noticed right-away that a lot of our stuff was missing and holy shit nobody gave permission to lend it out to anyone!  What happened?  How did the person(s) get through the front door? It had a combination lock that Keith changed each time a band moved out, (or if a band member left a group) After looking around a bit, a business card from our old friend Leni was found pinned to the public bulletin board at the front entrance. It wasn’t there yesterday. What an odd coincidence we thought, none of us had seen Leni for over a year…  We tracked down Music Mall proprietor Keith Gregor who confirmed Leni had been in our room earlier that day.    We asked Keith how he got in… Keith said he recognized Leni as a member of our road crew and let him in (Keith felt pretty guilty about not remembering Leni wasn’t working for the band anymore). 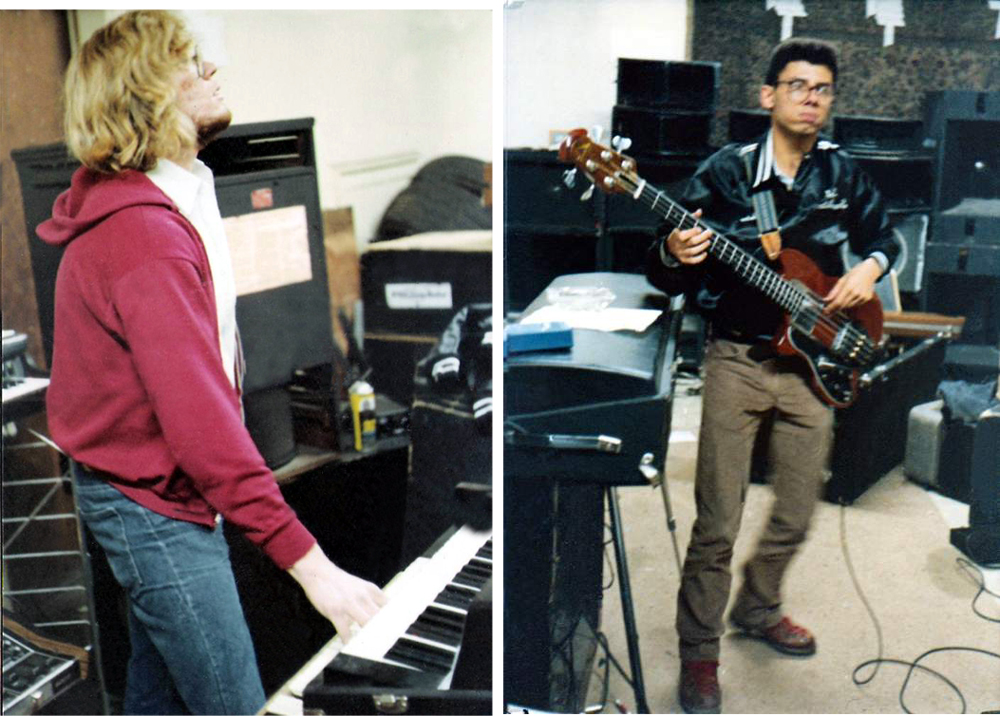 Parousia with their awesome equipment at the Music Mall.

Unbeknownst to us Leni had kept a set of keys to Parousia’s rehearsal room at the Music Mall. Once Leni was able to get through the front door, he had full access.  And just like that, without permission, Leni entered Parousia’s rehearsal studio Sunday afternoon and took a crap-load of our sound equipment!  Taking inventory, the band was missing two (2) P.A. horns, ($410.00). Three (3) stage monitors, ($300.00). Two (2) Peavey power amps ($300.00). Fifteen (15) dynamic microphones ($400.00) and the band’s cable box filled with assorted mic cables, extension cords, patch cords, etc. ($200.00 minimum).  Essentially he took 90% of our P.A. system!

That equipment was everything to us! We couldn’t let this go… the more we talked about it the more we had to take action, so all seven members of the band Parousia hit the road and on a cold winter’s night became a pack of howling wolves on the hunt. We drove to Leni’s house to confront him on his own turf. The entire band was there, standing in the snow, in the street outside his house.  Kim Watts led the charge and she was particularly angry! Garth was there, Eric, Patt, Barry and me (Gerry).  The minute we arrived we started shouting his name from outside like a gang from Westside story… demanding that he come forth and face justice!

We threatened to call the police and press charges unless he came out to talk. Eventually his father came out and started shouting at us; threatening to call the police. We dared him to do it! His son stole our stuff!!  We had a stand-off… Kim and Barry went up to his door to speak to Leni’s father, who initially defended his son, and said that Leni believes the band owed him money for things that he did in he past and was never compensated… which was true in the sense that he never asked for more money and assumed that like the rest of us in this fledgling rock-band, Leni made things, built things, fixed things for little or no money and didn’t expect to be paid for it  That was the gig, everyone knew that going in. Parousia always paid Leni the ‘mutually agreed’ amount (whenever Parousia had a paying gig that is), just as we paid other members of the road crew.  …And still, even for a minute suppose we did owe Leni money, it didn’t give him the right to act without notice and take our stuff! Once we explained this to Leni’s dad, he eventually forced Leni to come out of the house and face us himself.  We threatened to press criminal charges if he didn’t return our stuff right now!  He was scared, he agreed to let us take back our equipment and we agreed not to press charges.

Later that evening back at the Music Mall, we noticed the equipment was not unscathed.  As soon as Leni had our equipment in his possession, he worked to engrave the name of the new band he was working with.  It was a band named “TTRIX” (who cleverly used two Ts in the name to distinguish themselves from the popular breakfast cereal). We were pissed!

This was Parousia’s equipment and now we had the name “TTrix” engraved on the shaft of all our microphones… and the name was painted in white stencil letters on the P.A. gear… although we could fix the paint, the engraving was not cool and to this day, Parousia has microphones with the name “TTrix” engraved in them. Does anyone know a band named “TTrix”? If yes, we have some mic’s we can sell cheap. 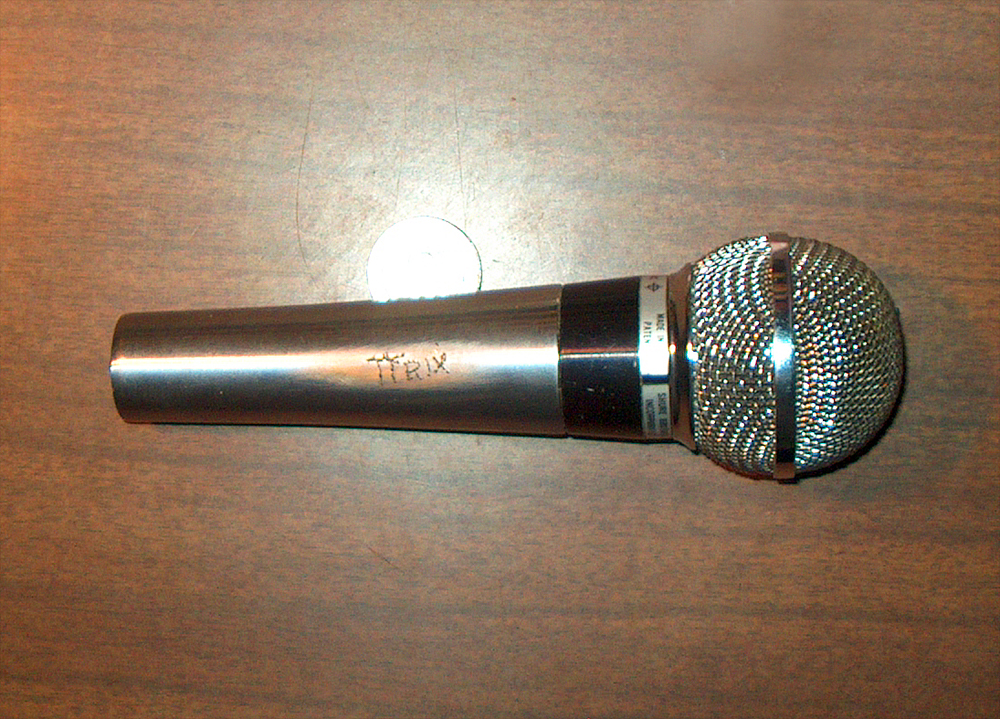