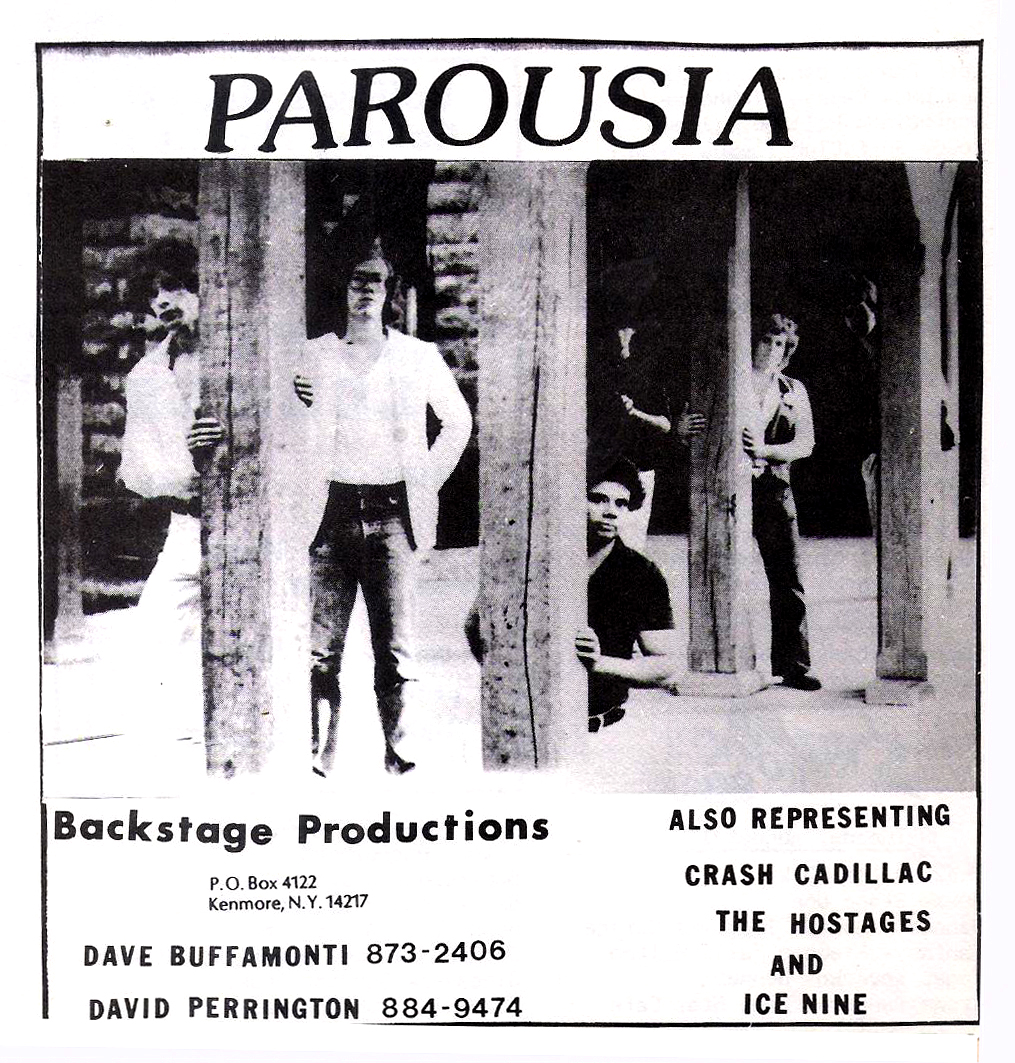 Parousia’s return to Daemen College came at the right time because technically speaking; tonight the band was scheduled to perform over 400 miles away at a club in Burlington Vermont called “The Texas”. What happened?

Well, besides sleeping in crawl spaces, walls starting on fire, the equipment truck stranded in a snowy ditch, driving on icy roads spinning out of control and finally, being paid nothing then fired after one night of performing. Other than that it was a good gig.

The gig in Vermont was supposed to include five-nights of solid musical entertainment provided by Parousia.  It seemed to make sense…five nights in front of a new audience… five nights earning actual ‘cash’ money… The band could buy food, pay for the rental truck including fuel cost, and even pay the road crew… Well, that’s the way it should have been but the best laid plans of mice and men often go awry… 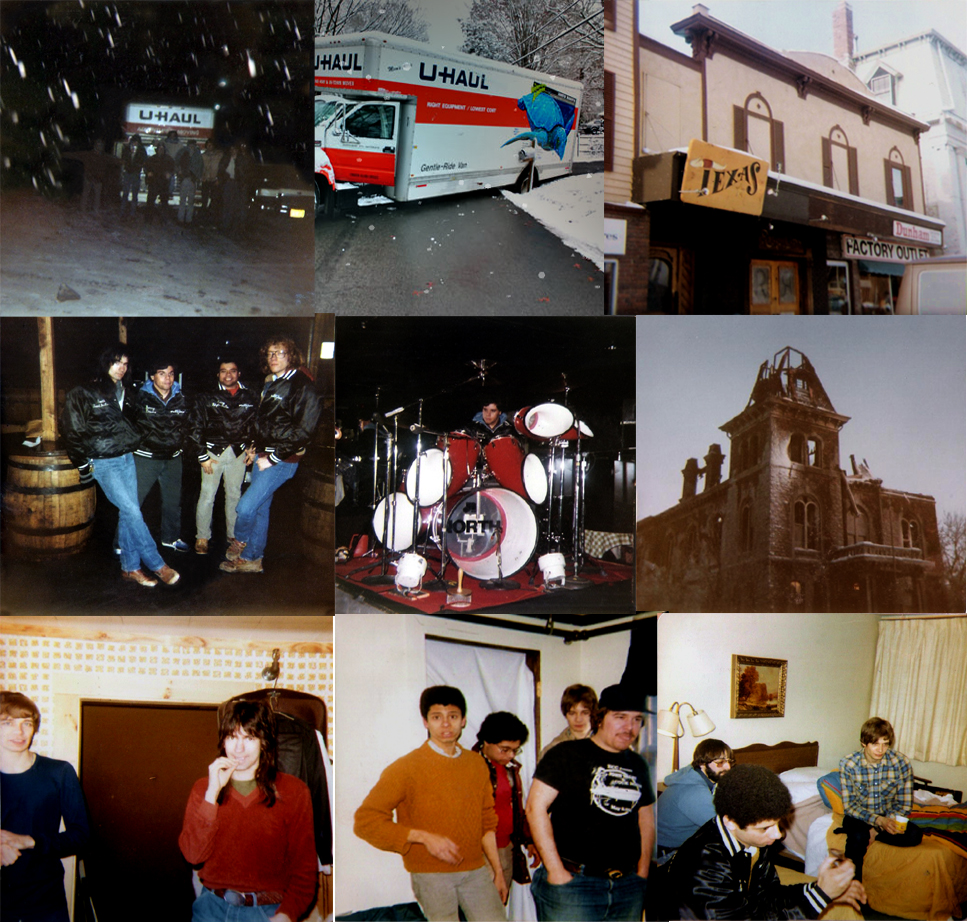 When the band became unexpectedly available, Dave Buffamonti booked Parousia at Daemen hoping it would mitigate our financial loss and give us an attitude adjustment. I forget who was originally booked at Daemen and cancelled last minute, but the cancellation gave our band a sudden opportunity to pick up a decent paying show to recover losses. The band’s prior performance at Daemen College rocked the house and we had every reason to expect to be well received. 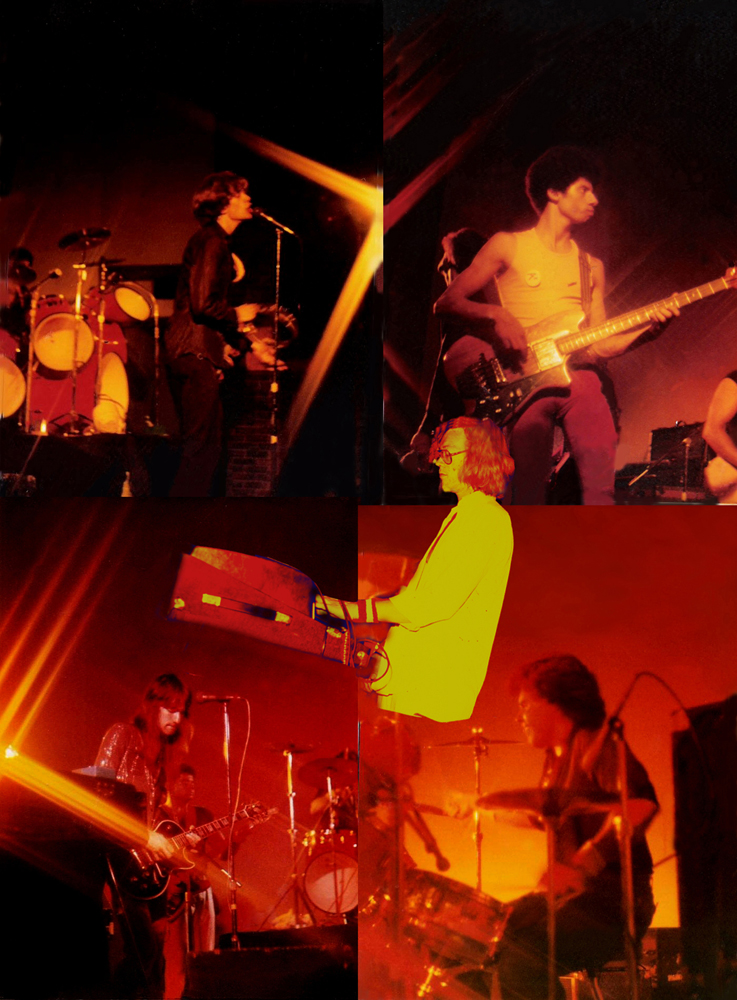 Since the last time we played here, Kim Watts departed the band. In the interim, the band added a bunch of new songs to our roster like, “Lucifer’s Lament” (an original song written by Garth Huels), “Perpetual Change”, by Yes, “Abacab” and “Squonk” by Genesis, “Hold Your Head Up” by Argent and “Toronto Tontos” by Max Webster.

The audience liked the new material and we played our hearts out for them until we were quite shagged-out.

Then afterward…disaster struck. It happened during ‘tear-down and load out’. In a nut shell, Gregg Filippone, (our sound engineer), became impossibly stuck between floors in the freight elevator. Gregg, the lift and a bunch of equipment began its journey to the bottom-floor but didn’t quite made it… the elevator jammed half-way down the shaft leaving Gregg no space to crawl out. 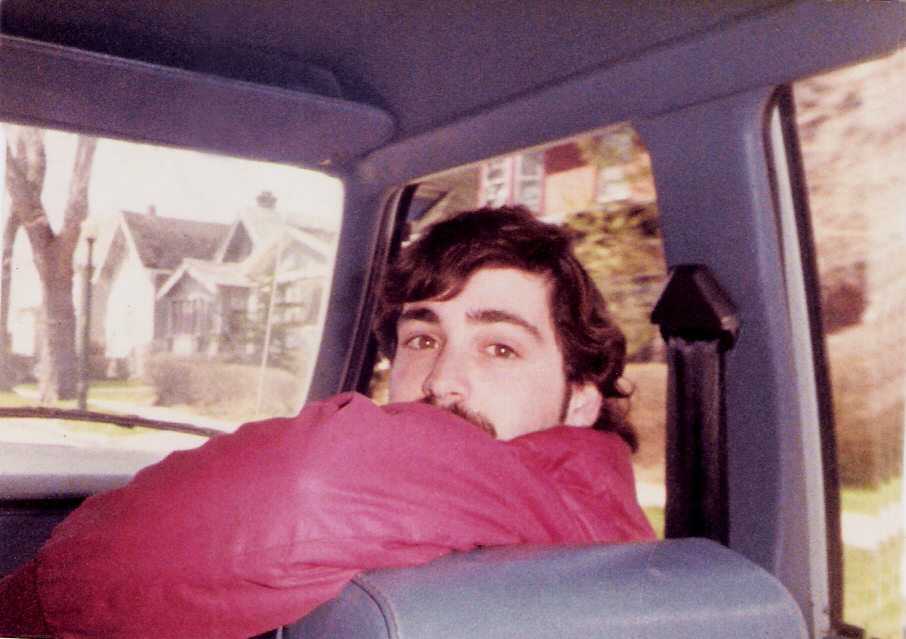 Gregg Filippone: Not one to be caged.

Gregg was trapped in there for about two hours until he snapped… suddenly he started screaming and pounding the walls, he broke the elevator door and other things attempting to escape his failed mechanical prison but there was absolutely no way out and nothing any of us could do except make him feel better, like passing him down water and a joint or two to keep him calm…

Other than those small comforts, we stood there helpless watching him pace about like a hamster in a cage. At approximately 1:45 am Barry returned with a janitor armed with a squeaky-wheeled bucket and a wet, filthy string mop as if he would somehow swab Gregg out of there… 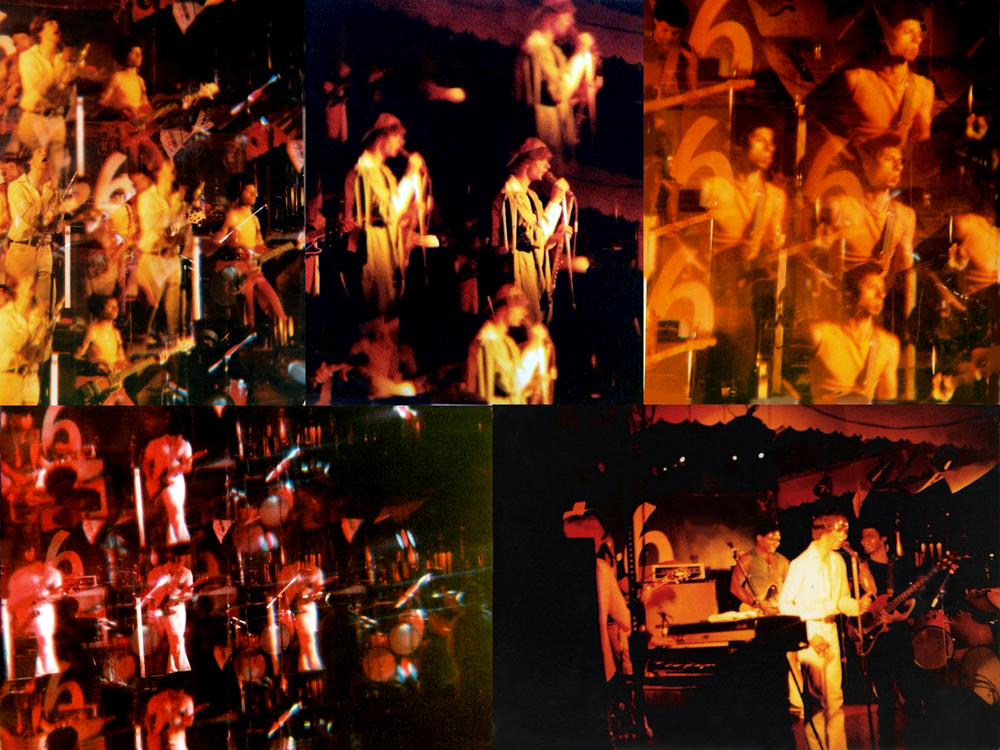 It took him a few minutes to assess the situation as hopeless and defaulted to calling an engineer to service the elevator. I think we spent about three hours in total waiting for the engineer to rescue poor Gregg from the mechanical clutches of the demon lift. Once it was working, it was around 4:30 am when the band finished loading all the equipment into the truck and then return to the Music Mall in Cheektowaga to unload and then finally head home to bed.

Of course, it wasn’t long until we heard from the college’s legal department. Apparently, the elevator door was irreparably damaged and the Daemen bureaucratic pin-heads withheld our pay, then turned around and sued the band for property damage!

We couldn’t afford a professional defense, so Patt (the smarter one) and Barry (the dim-witted guitarist) were the two gladiators who rose to the challenge, entering the legal arena to take up intellectual arms against the school’s lawyers. In spite of our obvious handicap, Parosuia won the battle in court and eventually, paid all wages owed to us. The judge opined that “when the elevator malfunctioned, Gregg perceived his life to be in ‘grave danger’ and did what a reasonable man would do to escape” and therefore Parousia could not be held negligent and financially liable for damages.

The gavel of justice fell hard, >bang< case dismissed! And there you go… yet another litigious moment brought to you by the Parousia road crew who, for a matter or record, we couldn’t have done without! Sadly however, the unpleasant episode caused Parousia to be black-balled from playing Daemen College ever again.

The band’s contract stated we were to be paid $500.00, which we eventually got. Our expenses were minimal. Gregg ran sound for $50.00 (and got a very unpleasant experience as a bonus). We paid three roadies $10.00 each, the truck cost us no extra since it was still under contract for the week from the Vermont road-trip disaster, and Backstage gave us a break and took only 10% instead of the usual 15%.