This was supposed to be our second gig in California and our very first on the Sunset Strip in West Hollywood.  Alas, it wasn’t meant to be…

Perhaps it was fate telling us “Hey Parousia, hold your horses, you’re not quite ready for the Troubadour yet” or maybe it was just plain ‘ol bad luck… but whatever the reason…  If it weren’t for Bob and his kidney, we would have done the gig. 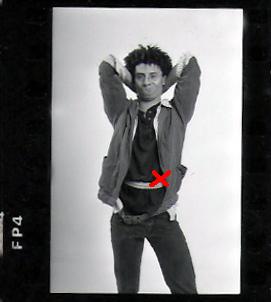 Bob minus one kidney

Let me start from the beginning… Since February 1988, Patt, Bob, Billy and I started rehearsing at Robert’s house on Tularosa drive in Silver Lake, CA.  By March we were ready, oh so ready to break out of there and get back on the stage.

We did a show, (our first ever in California) at Madame Wong’s (an Alternative Music, New Wave club) on March 13th and now, we were going to hang-10 with the big boys on the Hollywood scene at the world famous Troubadour.  This was like going from 40 MPH to 100 MPH; perhaps a little too fast too soon? 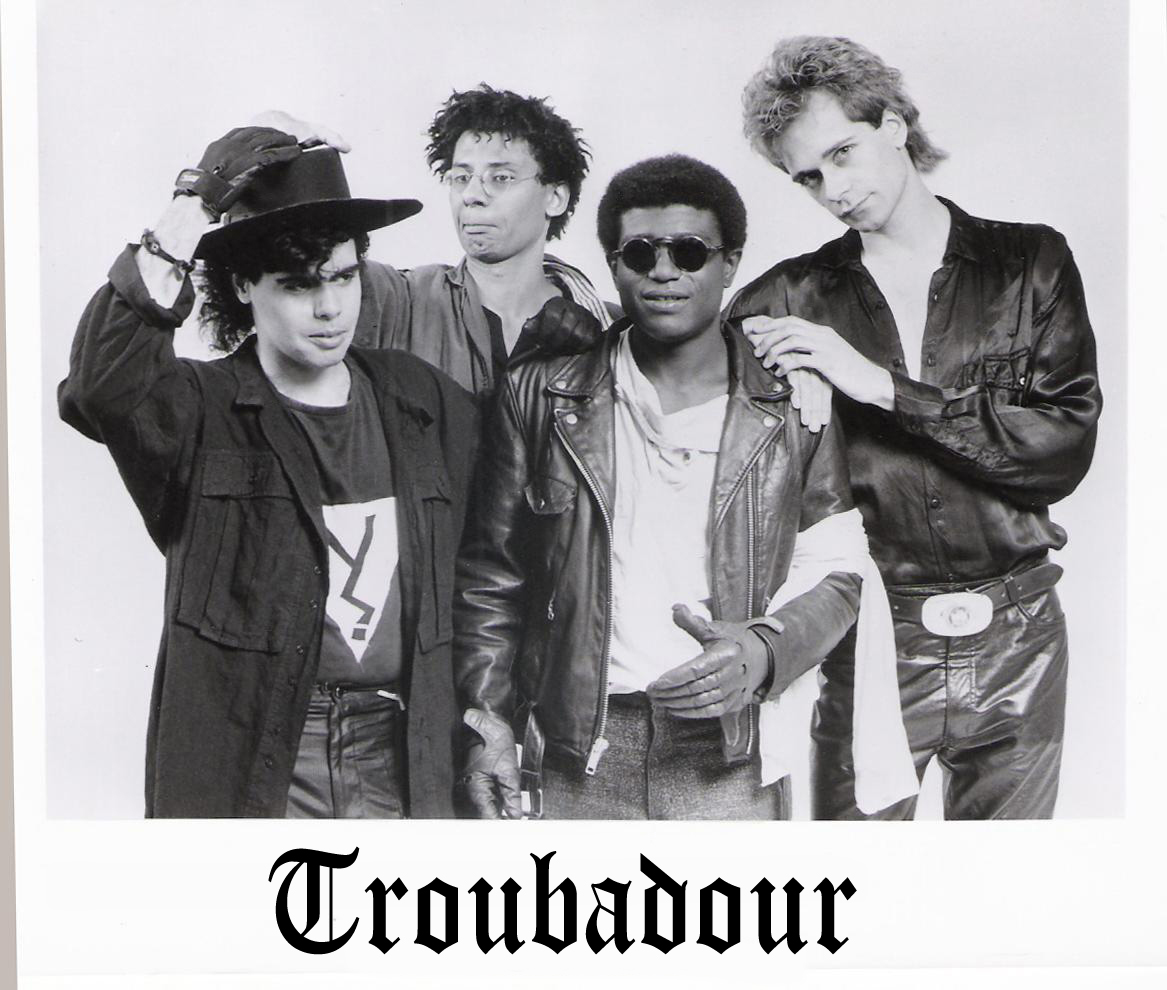 PAROUSIA at the TROUBADOUR? … Not Yet.

Performing at the Troubadour was no small deal… this is where Elton John performed his first U.S. show, a radio broadcast from the Troubadour on 11/17/1970 (with an introduction by Neil Diamond). Elton was with band-mates Nigel Olson on drums and Dee Murray on bass. It was the show that launched his band into American fame and music history.

Elton John Nigel Olsson and Dee Murray at the Troubadour 1970

So, it was natural that we were both looking forward to it and feeling apprehensive about it… we had a lot to do besides rehearsing the music.

We needed to put a lot of time into promoting a show like this. Distributing flyers was one way (be careful where you post them, in Los Angeles the police will call the listed number and order you to take them down or else they will come to your performance and fine you).

We had only enough money to invest two ¼ page print ads. One was in an up-and-coming music newspaper called “Rock City News” and the other was in the U.C.L.A. college newspaper, “the Daily Bruin”. 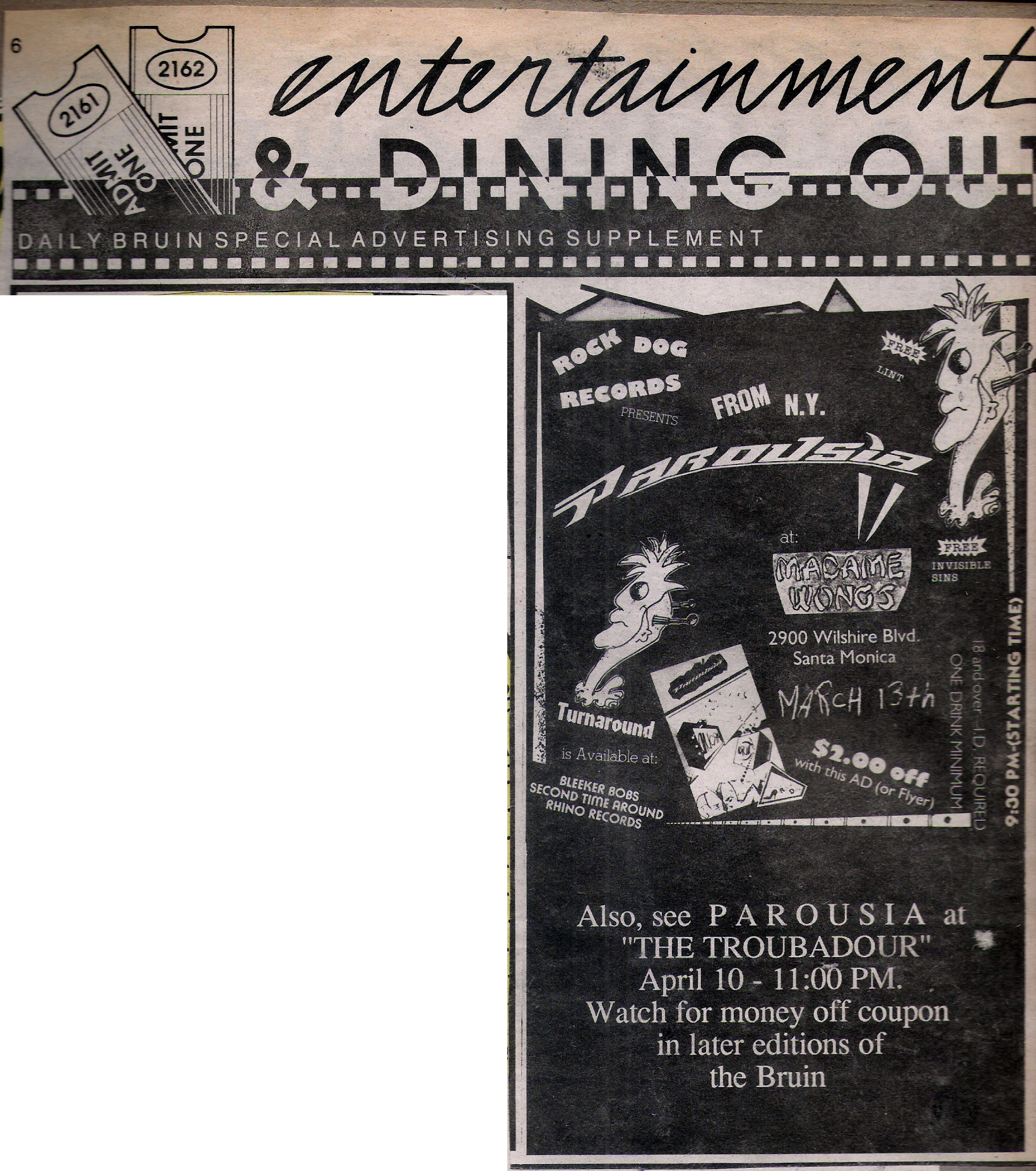 The Entertainment and dining section of the U.C.L.A Daily Bruin. April 1988

We were tryin’ hard to attract the interest of college students and U.C.L.A. was the biggest repository of college kids in L.A.  Then, of course we had to sell tickets… lots of tickets.

At $10.00 a pop it wasn’t easy. We had been in L.A. for a little over a year and only knew a handful of friends… so we hit as many parties as we could. Keep in mind however that although you were at big L.A. parties with 100’s of interesting and not-so-interesting people, there were dozens of other musicians at the same parties and all of us were hocking tickets trying to get people to come and see our band play a show…

We focused on the women.  If you could get women to come to your show, the men would follow. Therefore it was a smart strategy to give your free tickets away to the girls and charge the guys’ full-price for theirs (when you can get them to pay-up!) 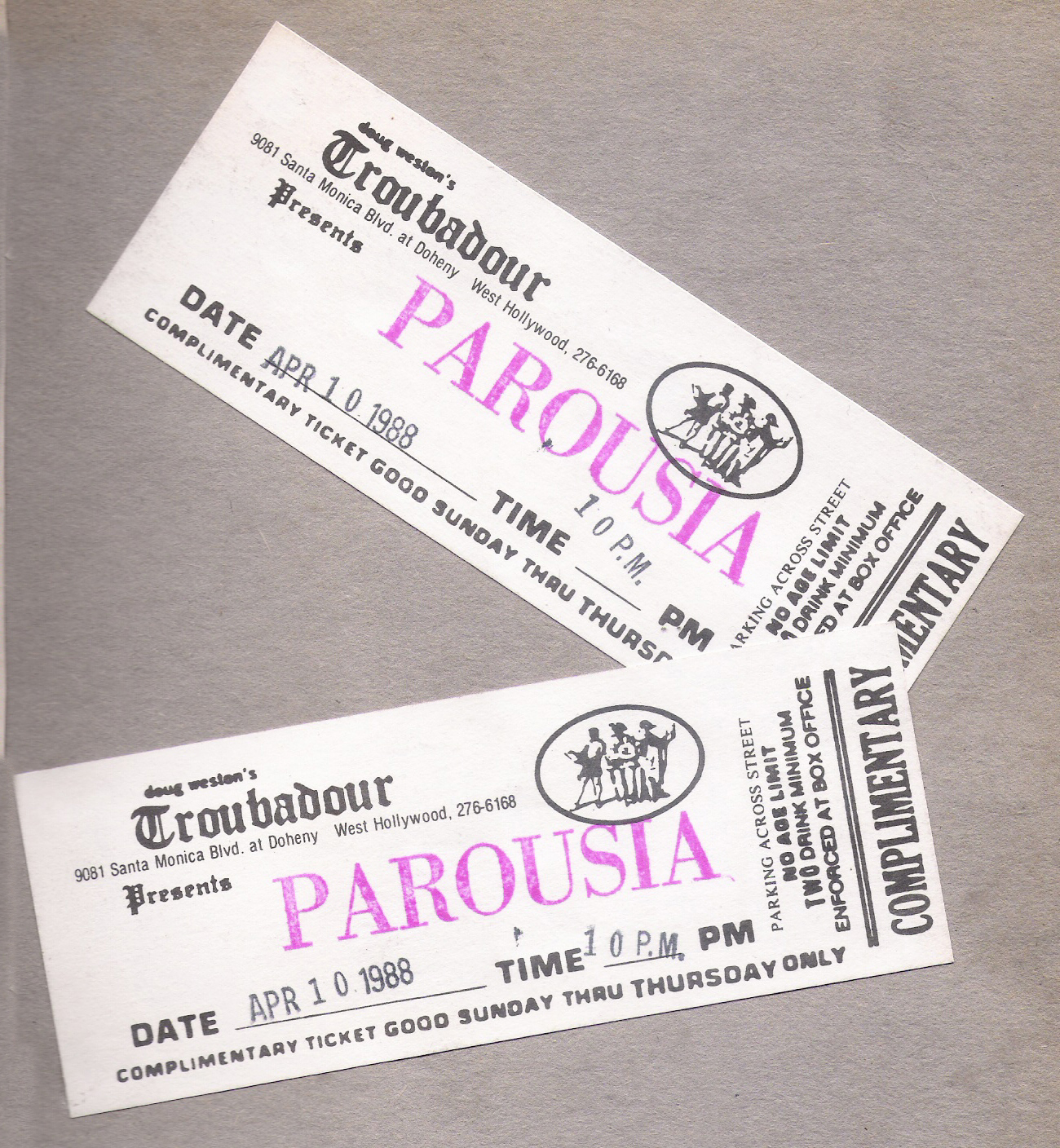 Another strategy was to hit the Westwood street scene on Friday and Saturday night. In 1988-1989 there were so many people partying and hanging around Westwood near UCLA, we could easily distribute 300 flyers a night. (Although at the end of the night, we would gather-up about a 100 flyers from the ground from people who decided not to keep them for one reason or another).

Pat and I would walk around the crowded streets of Westwood for hours playing a flute and drum duet (Robert would carry a weird Flag while Bill passed out the flyers) – – we did what we had to do to get the people’s attention.  Many times, I had other drummers come up to me and try to snatch my snare drum away just to get their few minutes of “fame” (but I never let them, HA!) 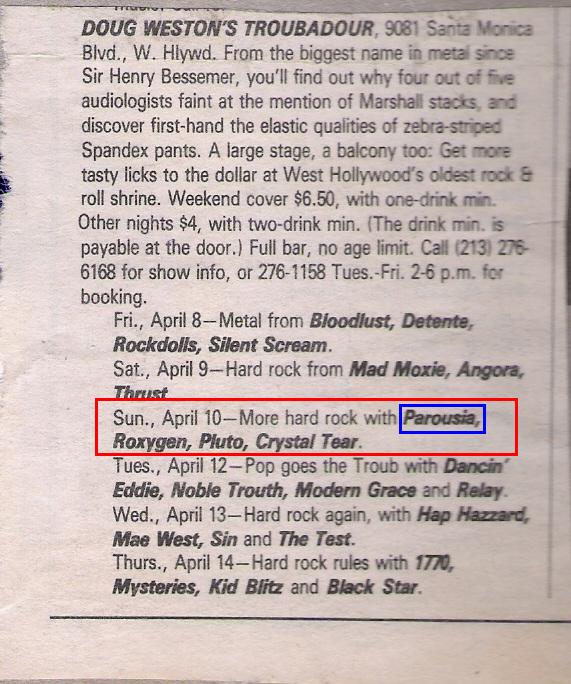 After we placed the ads, distributed the flyers, made the calls and sold some tickets, Bob had to go and ruin it…

It was April 3rd, 1988 and Bob was late for an appointment and dashed out of his Silver Lake home like a bat out of hell on a bicycle. (Silver Lake is a very steep and hilly area, a bit like San Francisco in places).   Bob was zooming down a steep incline and approaching a sharp turn. Unfortunately the laws of inertia were not kind and he couldn’t slow down enough to make the turn and KA-BLAMMO the front of his bike went smashy-smash into the side of a parked car (at about 35 MPH).

Bob was thrown forwards and his pelvis hit the handle bar hard thus instantly destroying one of his kidneys. 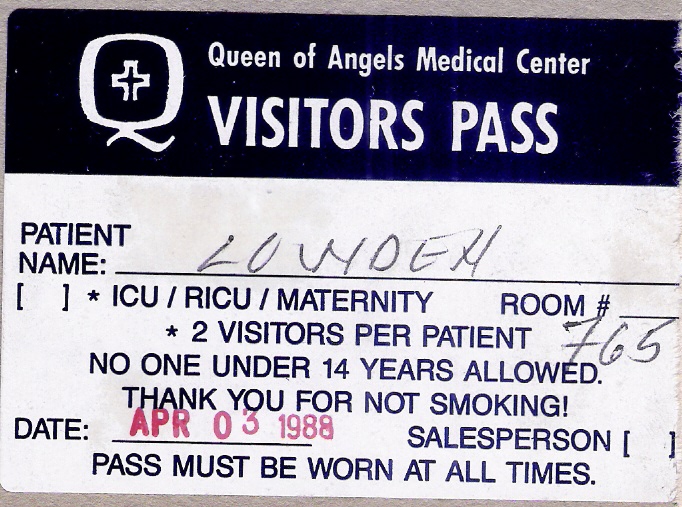 We had no choice but to cancel the show. Even though I pointed out to everyone that Bob “had another perfectly fine functioning kidney”, everyone seemed to agree, that he wouldn’t recover in time to do the show.

We had to print a Cancellation ad in the Rock City News (at full price of course) and then wait for Bob to heal, pull things back together and work towards booking the next show.  At least for now, we had more time to market our music and build an audience. 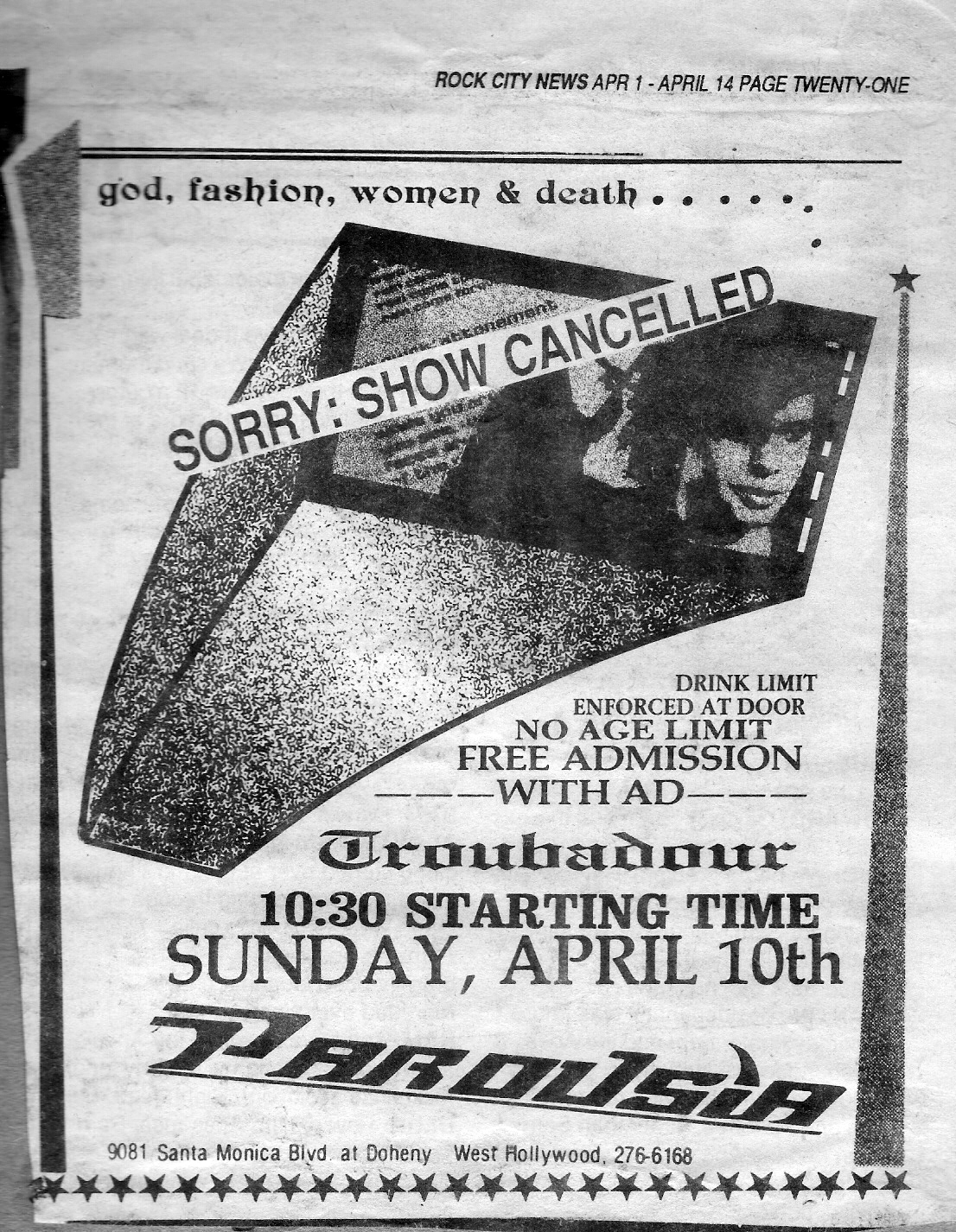 We spent the rest of the month distributing our E.P “TURNAROUND” in many of the alternative record shops along Melrose Avenue. 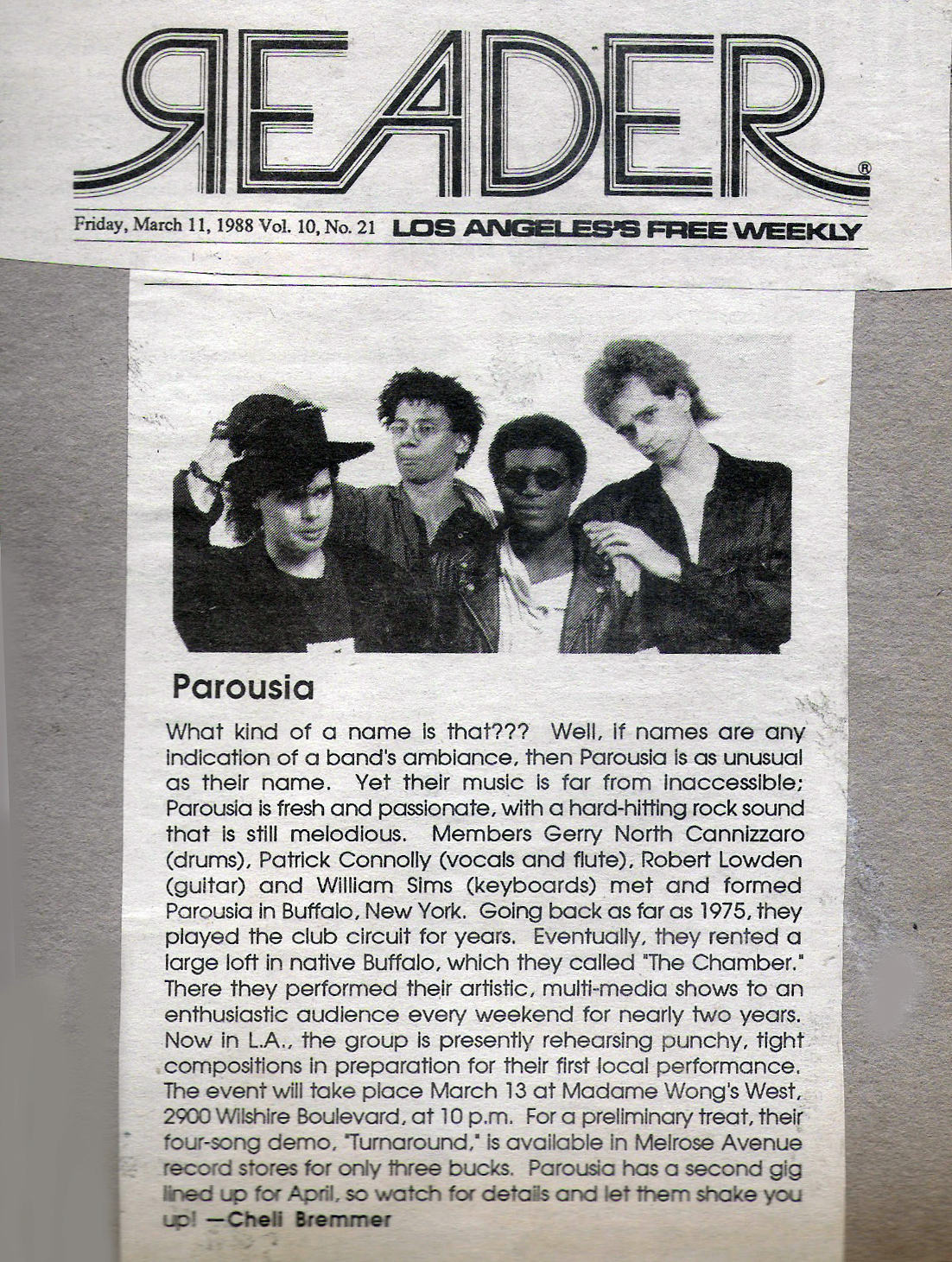 In May, Los Angeles radio station KROQ 106.7 FM began playing songs from our “TURNAROUND” E.P. which gave us some much needed name-recognition.  Waiting made next show at Club 88 all the better.  So, all in all it was a good thing that the Troubadour show was cancelled and Bob? Well he was one-kidney lighter and as a result of it, he was now able to ride even faster on his bicycle… it was a win-win for everyone! 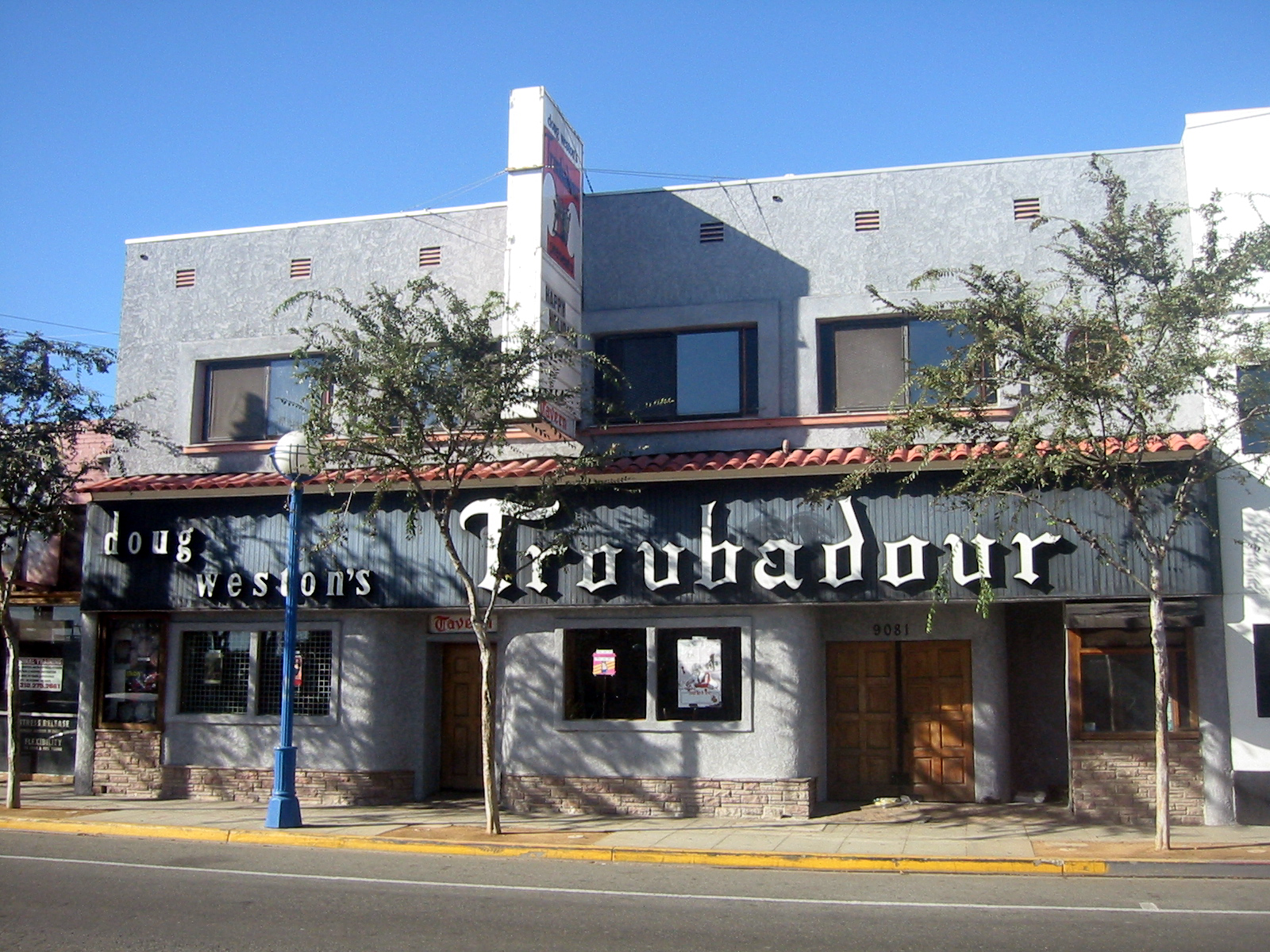 The Troubadour hosted a litany of famous musicians and momentous occasions: