Parousia played at the Hilton Hotel in Buffalo, NY on January 16, 1982 in an event for Amherst Central High School. 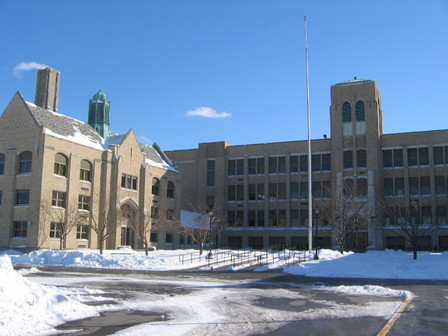 This gig did not go so well.  For one thing, it was one of the coldest Januaries on record.  On this night, the temperature was -16 degrees and we were right on the waterfront in downtown Buffalo with nothing to stop the freezing wind from cutting right through you, no matter how many layers of clothes you wore.

We had a new sound engineer, his name was Jim.  Jim was good at what he did and that’s why we hired him to drive the truck and set up and run the sound.  For whatever reason, Jim never hung-out with the band.  It was strictly a job for him.  It was a tough job too; he had to mic up a six-member rock band and mix all those instruments together for three hours of music he never heard us play before (other than one sound-check earlier that evening).

Even with a sound-check our stage monitors still sucked, but by this time we knew the show so well we just breezed though it nice and tight.  Garth’s brother Keith was running the lights.  He knew our songs inside out and was our number two head roadie after Dave Styn who couldn’t make it to the gig and brilliantly avoided freezing like a Popsicle while Steve Styn, Keith and Jim bravely moved P.A. equipment, instruments, the drum kit and massive guitar amps from the truck to the hotel loading dock. 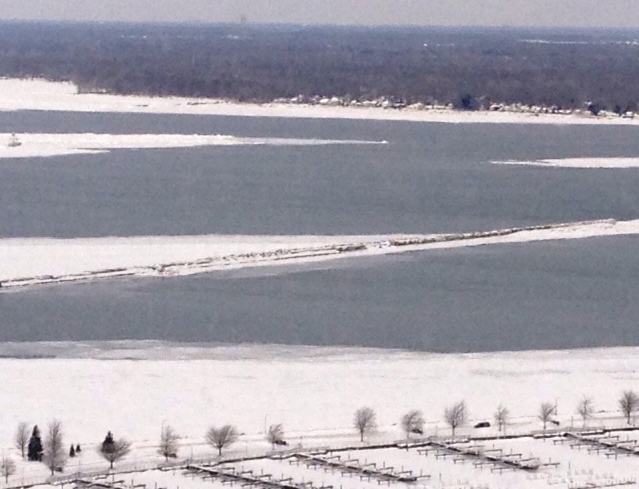 DOWNTOWN BUFFALO WATERFRONT – COLDER THAN A WITCH’S T*T IN JANUARY (an old Buffalo saying, I didn’t make it up, don’t blame me!)

As with many of our shows from around this time period, we rented a truck from Keith Gregor, the owner and manager of our rehearsal studio in the Music Mall.  It was a 14’ Box truck and was cheaper to rent than a U-haul but not as dependable.  Plus it was standard drive and not easy to manipulate.  Dave knew how to finesse it, but no one else felt comfortable behind the wheel and that’s another reason why we hired Jim.

Since we were paying good money for Jim on top of what we normally pay the usual roadies, we (the musicians) decided not to pitch in as we usually do with moving the equipment from truck to stage.  Yeah ok, it was unbearably cold and we didn’t want to be anywhere near the doors… we wanted to save our hands and fingers for once so we could physically play the songs people were paying to hear us play.  I think that decision further distanced Jim from the rest of us.  Every time we needed to get something from the truck we sent Jim.  The other roadies were enjoying that, but Jim was not amused.

We had a nice dressing room.  The Hilton quartered off part of the ballroom we were playing in to give us a giant room to use as backstage for our props, wardrobe and equipment.  It was so big we didn’t know what to do with all the space so we invited our friends and fans back to have a party.  Jim didn’t come, he stayed in the ballroom and watched the equipment (“watch it do what?”, I wondered).

We did a good show for the Amherst high-school students and gave them their $400.00 worth of classic rock and freaked them out a few times with our antics from songs like Myron, Hymn 43 and the Ballad of Dwight Fry.  Oh how we loved to freak-out the innocent ones!

At the end of the show at about midnight, it was even colder and snowier then when we arrived.  It was so bitter cold that no one could bear to go outside to start up the truck but it had to be done, so we sent Jim.  Now mind you I neglected to say that earlier in the night shortly after we arrived at the Hilton the truck died.  It stopped dead just as we pulled away from the loading dock and we weren’t sure if we would get it started again.  That meant standing outside in the piercing subzero wind for god knows how long fooling around under the hood.  Jim’s response to our request was “fuck you I’m not going”.  Well said Jim, but none of us were going anywhere unless we got the truck started and since none of us were willing to dig down in our pockets to pay for a pricey overnight stay, we had to fix the damn truck. 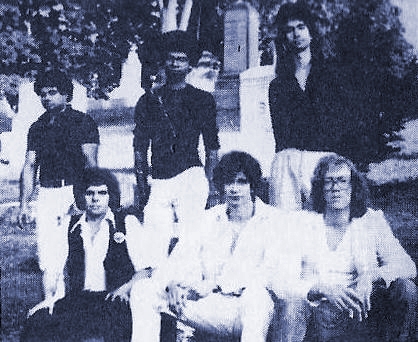 I think it was Eric Scheda and Steve Styn with some assistance from the good people at the Hilton who finally got the truck going.  We didn’t turn it off all during load-out because we didn’t want to take the risk of it dying on us again.  It was a pretty uncomfortable ride all the way back to the Music Mall in Cheektowaga.  Not just because it was freezing, but we knew by Jim’s attitude this was his last gig with the band… we had managed to alienate yet another member of the local music scene.  Sad thing was, there weren’t that many good sound engineers in town.

The band self-booked this gig for $450.00! That’s BIG MONEY compared to what the clubs were paying bands. The extra money was well spent;

BUFFALO HILTON HOTEL FACTS:  A note about the Hilton Hotel on the waterfront; it was originally built in 1978.  The Hilton chain sold off its interest in the hotel to an outfit known as ‘Adam’s Mark’ in the 1990’s.  The Adam’s Mark in Buffalo is the company’s last hotel property after the chain suffered greatly from a racial discrimination suit brought against them by the NAACP in December 1999. 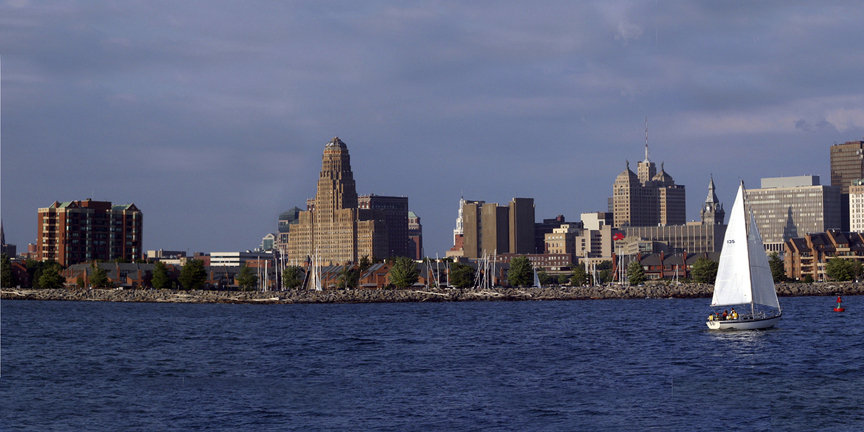 P.S> The Buffalo Waterfront is a much nicer place in the summer!